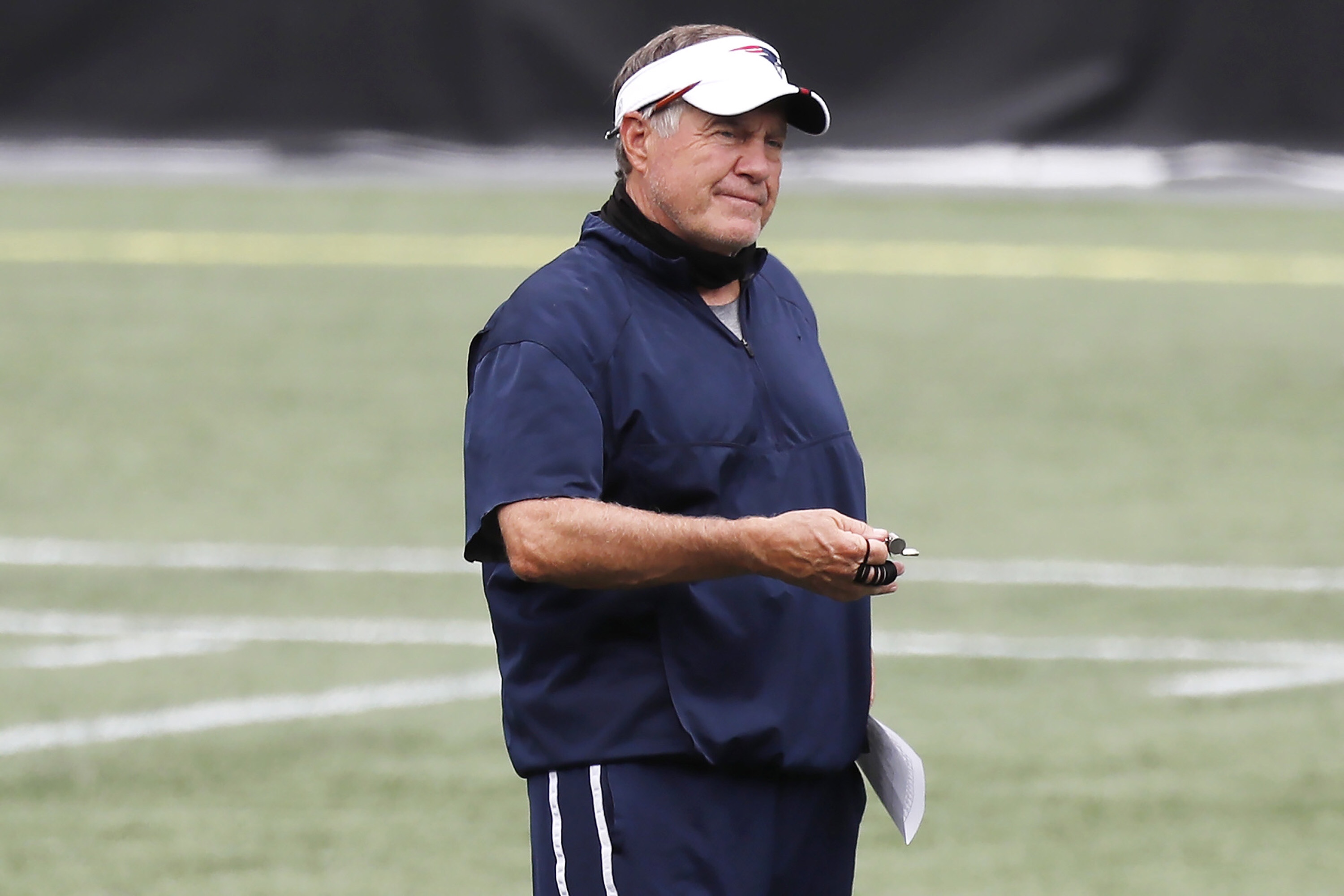 Another week, another loss for the Patriots and head coach Bill Belichick.

This is a tough place to play and coach in when you’re winning, but when you’re 2-5 after being yearly Super Bowl contenders for the last 20 years, the sky is obviously falling and everyone deserves to be cut and or traded. Hell, some people even want Belichick fired already.

So, with that in mind, here’s what stood out during Belichick’s weekly appearance with Ordway, Merloni and Fauria on WEEI following the soul-crushing 24-21 loss in Buffalo. Spoiler: this was the best interview of the year to date.

Ordway opened things pointing out some of the uncharacteristic penalties we saw on Sunday as well as Cam continuing to turn the ball over. He followed by asking Bill if the Patriots simply have a very thin margin for error right now.

“I think you always expect close games in the NFL,” said Belichick. “We’ve just got to do a better jib in all 60 minutes of the game. We’ve had three games in the last minute where we’ve been in a position to win and there’s a lot of other things we could have done along the way that would’ve made a difference too. So, we’ve got to work on all of them but we certainly have to work on end of the game stuff too.”

That led to an easy transition for Fauria to ask Bill about the decision to kick the field goal on 3rd down towards the end of the second half on Sunday rather than taking another shot at more yards or the end zone.

“We tried to do that the play before,” Belichick muttered. “It didn’t look like there was going to be another good opportunity for that so…”

Fauria pushed it a bit further, asking Bill if the horror show before halftime in Kansas City from Brian Hoyer played any role in deciding to kick the field goal early. Bill’s answer reeked of someone not trusting any part of his offense right now.

“No, not really,” he said. “The Kansas City situation was a little different. Each situation is different. The defense is different, What type of play you feel you have available and so forth…I didn’t feel like that was a high percentage play and wanted to make sure we got the points.”

Of course the biggest second guess coming out of the game was the mind-boggling onside kick after the Patriots had just stopped Buffalo and then tied the game at 14-14. Merloni brought it up and asked if the decision was made due to a lack of confidence on either side of the ball. Bill shot back quicker than he ever has in the history of this interview.

“No, we thought it was an opportunity to make a play it just didn’t work out,” he said. Fauria followed up and asked Belichick point blank if he regretted it since it back fired 45 yards later.

“I think we all know when it doesn’t work out nobody’s going to like it and I understand that,” Belichick said sarcastically.

Next on the agenda was Bill’s rather stunning comments regarding the salary cap during an interview with Charlie Weiss last weekend. Ordway asked Bill why he’s suddenly explaining his actions in the middle of the season when it’s never been his way of operating before. Perhaps the most stunning thing to come out of it was the fact that Belichick was doing a radio interview after just ripping talk radio at a press conference a dar or two earlier.

“It’s pretty obvious,” Bill said with a bit of an annoyed tone in his voice. “It was an honest answer to an honest question. No more no less than that. I’m sure you can read a lot into it if you want to, but that wasn’t the intent.”

Ordway wasn’t done there, pushing coach on if there was a purpose as to why he’s choosing to do it now. Things got nice and awkward from here.

“It’s pretty obvious. I mean, what’s the question?” said Belichick. Fauria quickly jumped in saying it “sounds like a lot of excuses,” which is the equivalent of leaving the mob and then telling the lead guy he sucks at his job. You may be out of the Patriots program, but I’m sure Bill could have Christian killed if he chooses to.

All kidding aside, Belichick quickly cut off the notion that he’s become an excuse maker.

“It’s not an excuse, I’ve never said that,” Belichick shot back. Christian quickly clarified saying he wasn’t saying that.

“Well then don’t…I mean…right,” Belichick said, sneakily laughing under his breath as he mumbled. “Look, we paid Cam Newton a million dollars it’s obvious we didn’t have any money,” Belichick added, basically implying they should have offered Newton more but didn’t in a serious case of pretzel twisting logic.

“It’s nobody’s fault. That’s what we did the last five years. We sold out, won three Super Bowls, played in a fourth and went to an AFC championship game. This year we didn’t have much to work with. It’s not an excuse just a fact.”

Merloni decided to strike while the iron was still hot, following the tense conversation up with a question as to why the lack of success in the draft over the past few years has contributed to the lack of depth.

“Yeah, I don’t know,” was all Belichick said like a grumpy toddler.

Chase Winovich, some improvement from Newton, the Jets, Jarret Stidham, some chirping from Mohamed Sanu and the trade deadline (which we now know was a dud) were all touched on briefly before finally arriving at the Mercedes Benz Question of the Week. This one  was simple, what was the last concert coach went too that he actually bought a ticket for?

“To be honest with you Christian, when I’ve seen Jon (Bon Jovi) play, I haven’t had to buy a ticket,” he joked after the guys brought up that as the obvious guess. “He’s always taken good care of me. And to be honest with you, being here at Gillette Stadium Mr. Kraft has done the same thing.

“He’s given me the opportunity to watch them without having to buy a ticket at the box office which I really appreciate. In terms of buying tickets and all that I would say the last concert I’ve been to most recently that would fall into that category you’re asking would be probably in Nashville. John Stone playing at Kid Rock’s bar  …I’d say probably the Nashville scene.”