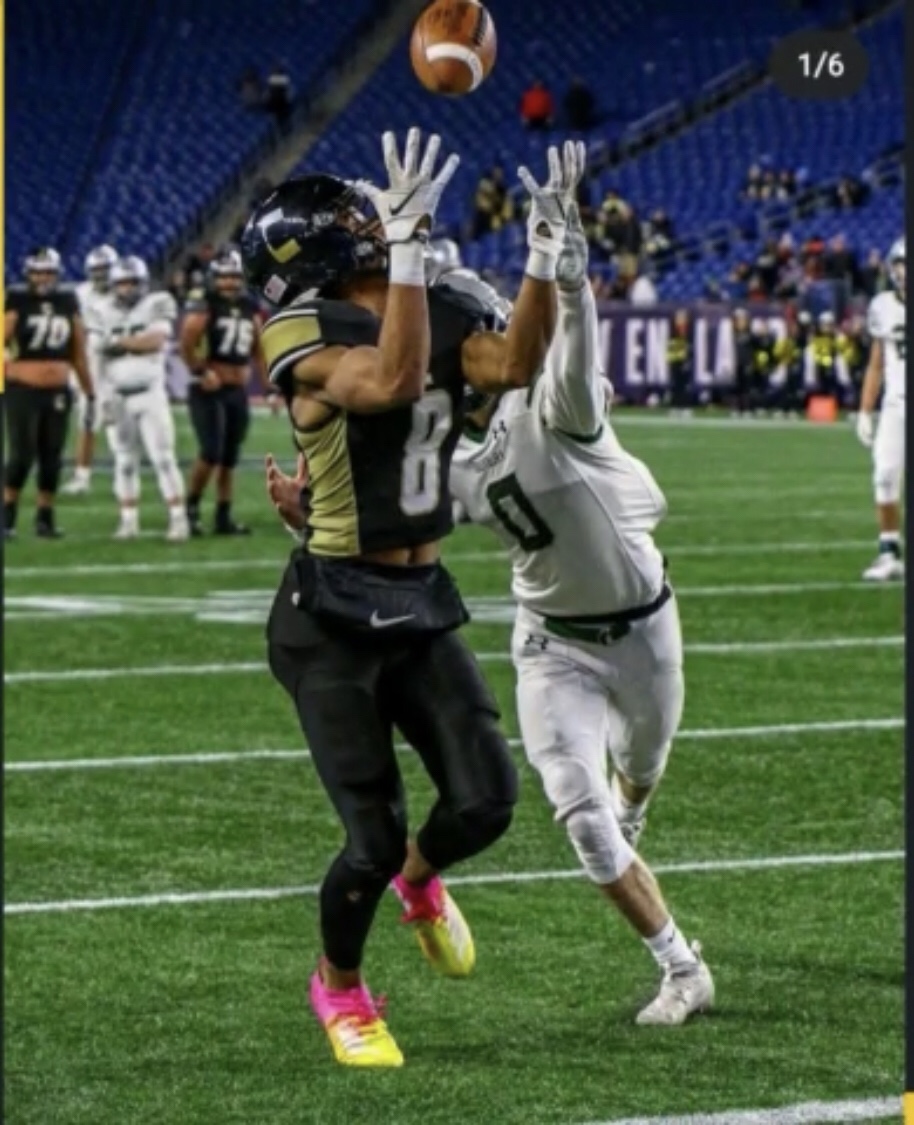 Griffin is the third Massachusetts member in the Class of 2022 in the last week and a half to commit to the Eagles joining Lawrence Academy tight end Matt Ragan and Everett wide receiver Ismael Zamor.

Aside from Boston College, Griffin also had offers from UMass, Duke, Virginia and Wake Forest. Wisconsin has also expressed an interest.

At 6-4 190, Griffin has terrific size and strong hands. He plays with good lean and body position in one on one jump ball situations. He really developed into his frame last season as an athlete. He is fluid and gets in and out breaks with ease.

Springfield Central did a great job of generating match ups for him by singling him up away from trips but also using him to the trips side and dueces side to get one on one vertical match-ups. Especially in the red zone.

Griffin has the size and skill set that coaches want in a split end or “X” receiver. He will have a great opportunity to develop at Boston College and become an elite level talent.

More and more Massachusetts kids are gravitating back to Boston College and away from the national programs which is a testament to Jeff Hafley and his staff’s ability to develop relationships.