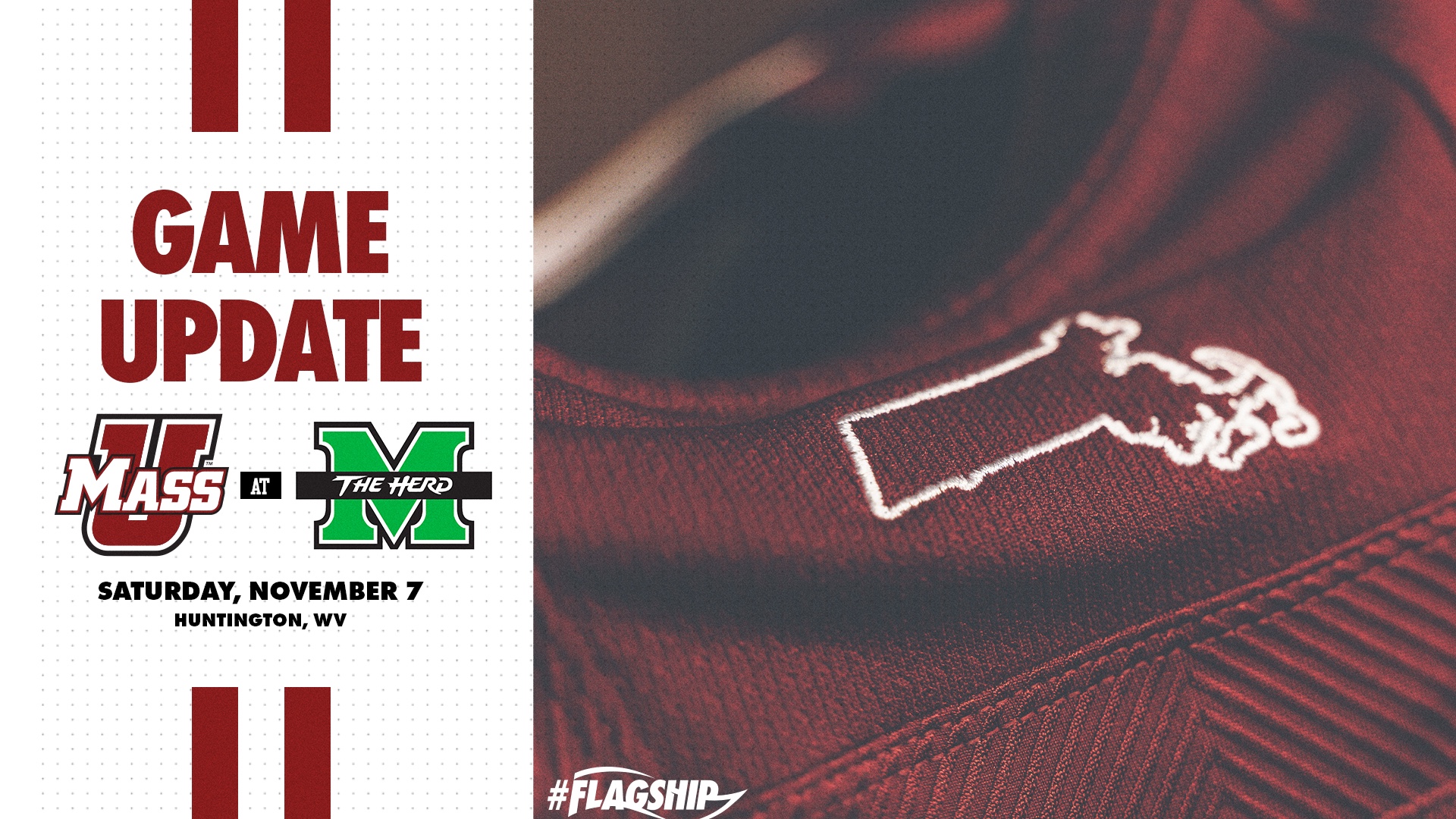 The 2020 UMass football season will continue as the school announced yesterday that they have added a second game this season.

The Minutemen will travel to Huntington, West Virginia on November 7th to take on the 22nd ranked Marshall Thundering Herd. The Herd will host the Minutemen at 2:30 p.m. at Joan C. Edwards Stadium.

There was speculation that UMass might play Army prior to that date but that game is apparently not going to happen now. If it did, the Cadets would have come to Amherst.

UMass Athletic Director Ryan Bamford is hopeful that the team can play at least another two games in the coming weeks.

When the school announced a return to play a few weeks ago, the goal was four to six games. Six is definitely not going to happen but four games is still possible.

Marshall is currently 3-0 with wins against Appalachian State, Western Kentucky and Louisiana Tech. Needless to say, this will be a stiff test for the Minutemen but a game is a game so that is the way the school looks at it.

As always, stay tuned to see if UMass adds a third game during unprecedented season.