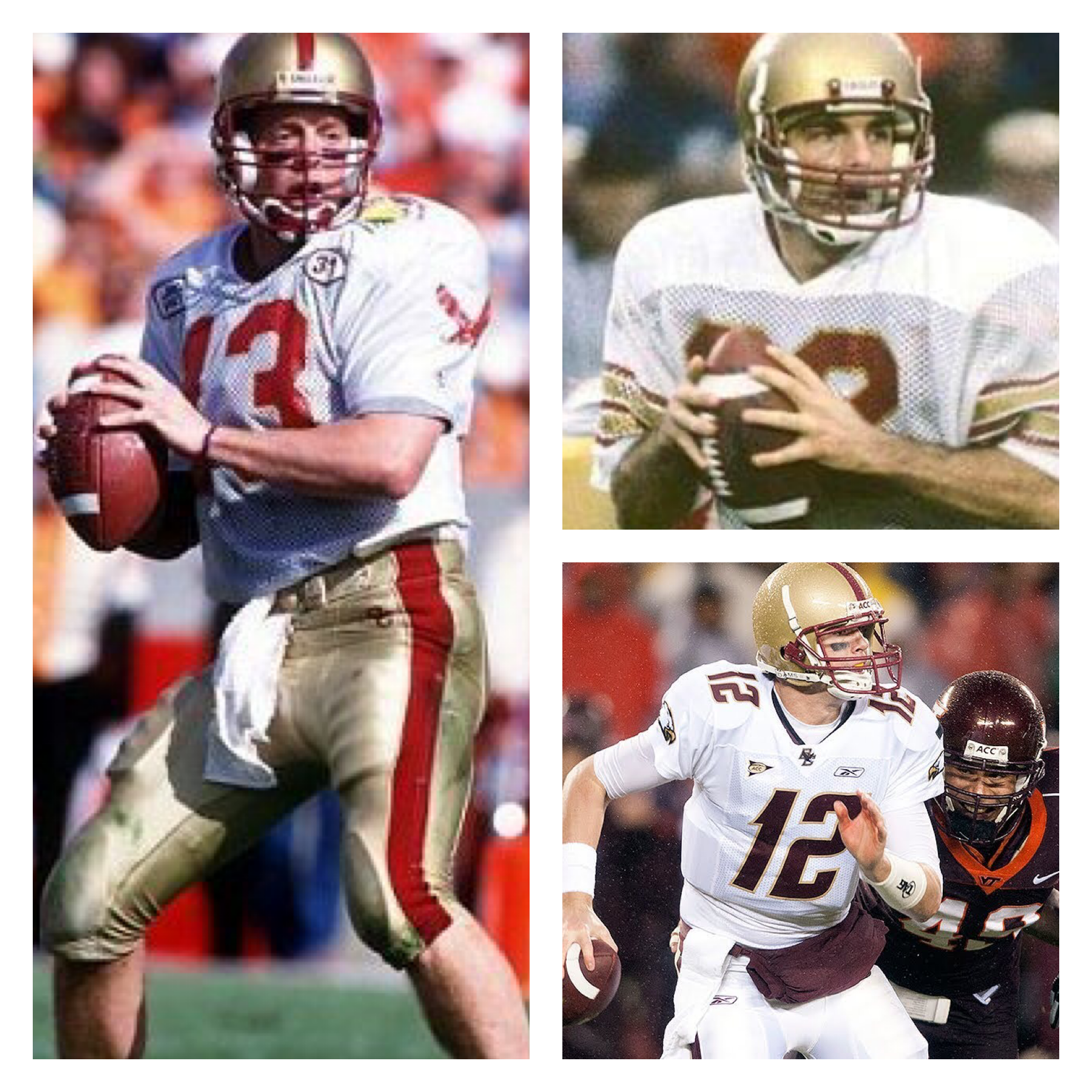 The Boston College Football program has a history and tradition that spans 86 years. However there is one constant with this program. When they have an elite talent at quarterback, they are recognized nationally and they win.

Just look at the last forty years of the program. The best seasons in program history have come when the program has had an elite level talent at the quarterback position.

I am not knocking the quarterbacks who have played for the program through the years but when the program has made waves nationally, it is because they have a quarterback who can make plays consistently and make their teammates better.

When you talk all time quarterback greats at Boston College, the conversation starts with Doug Flutie who was a four year starter from 1981 to 1984. During his four years as a starter, the Natick native won a Heisman Trophy in 1984 along with every other major quarterback award that season.

Flutie led the Eagles to three bowl games during his time at the Heights. The Eagles beat Houston 45-28 in the 1984 Cotton Bowl.

Fluite was followed by Shane Halloran. The Gardner, Massachusetts native started two seasons and led the Eagles to a 27-24 win in the Hall Of Fame Bowl over Georgia in 1986.

Fast forward four years later. A Massachusetts born, New Jersey kid named Glenn Foley took the reigns midway through the 1990 season and proceeded to start for the next three years. Head Coach Tom Coughlin (Flutie’s quarterback coach ten years earlier) and Foley led the Eagles to back to back bowl games in 1992 and 1993. The Eagles beat Virginia 31-13 in the 1993 Blockbuster Bowl.

The Coughlin, Foley era is one of the most prominent eras in Boston College football history. The signature moment of that era was the upset of number one Notre Dame in 1993.

The Eagles beat Hawaii in the 1994 Aloha Bowl. Brockton native Mark Hartsell led them to that win but he Eagles wouldn’t get to another bowl game again until 1999 despite having Matt Hasselbeck starting for them for part of the 1996 (Scott Mutryn also started part of that season) and 1997.

Tim Hasselbeck started in 1999 and 2000 and led the Eagles to back to back bowl games including a win over Arizona State in the Aloha Classic.

In 2001 and 2002, St. John’s Prep alum Brian St. Pierre quarterbacked the Eagles to back to back bowl wins including a victory over Georgia in 2001 Music City Bowl.

Despite going to six straight bowl games and winning four of them, the Eagles couldn’t take that next step into national prominence until a sophomore quarterback from Philadelphia took the reigns during the 2005 season.

Matt Ryan took over for Quinton Porter and promptly led the Eagles to two of the best seasons in program history. Ryan led the Eagles to a number 2 ranking in the AP Poll during the 07 season and quarterbacked the team to three straight bowl victories.

You can make the case that other than the Flutie, no other quarterback in program history did more to raise the profile of the program nationally than Ryan did.

Since Ryan, the Eagles have had several quarterbacks who have had good seasons and led the Eagles to bowl wins but they haven’t had that “franchise” type quarterback until now.

Phil Jurkovec has the potential to be the next great Boston College quarterback who to takes the program to new heights nationally. I know he has only started four games in his career but Jurkovec is already setting records and if he keeps it up, there is no doubt in my mind this program will be a player in the ACC in the coming years.

Of course, a lot has to go right but if Jeff Hafley sticks around and the Eagles continue to recruit at a high level. Jurkovec will be in the conversation with Flutie and Ryan as one of the best quarterbacks in program history.

The Eagles have a good one in Jurkovec. Let’s see if he can continue to play at a high level and bring more attention to a program that so rightfully deserves it.