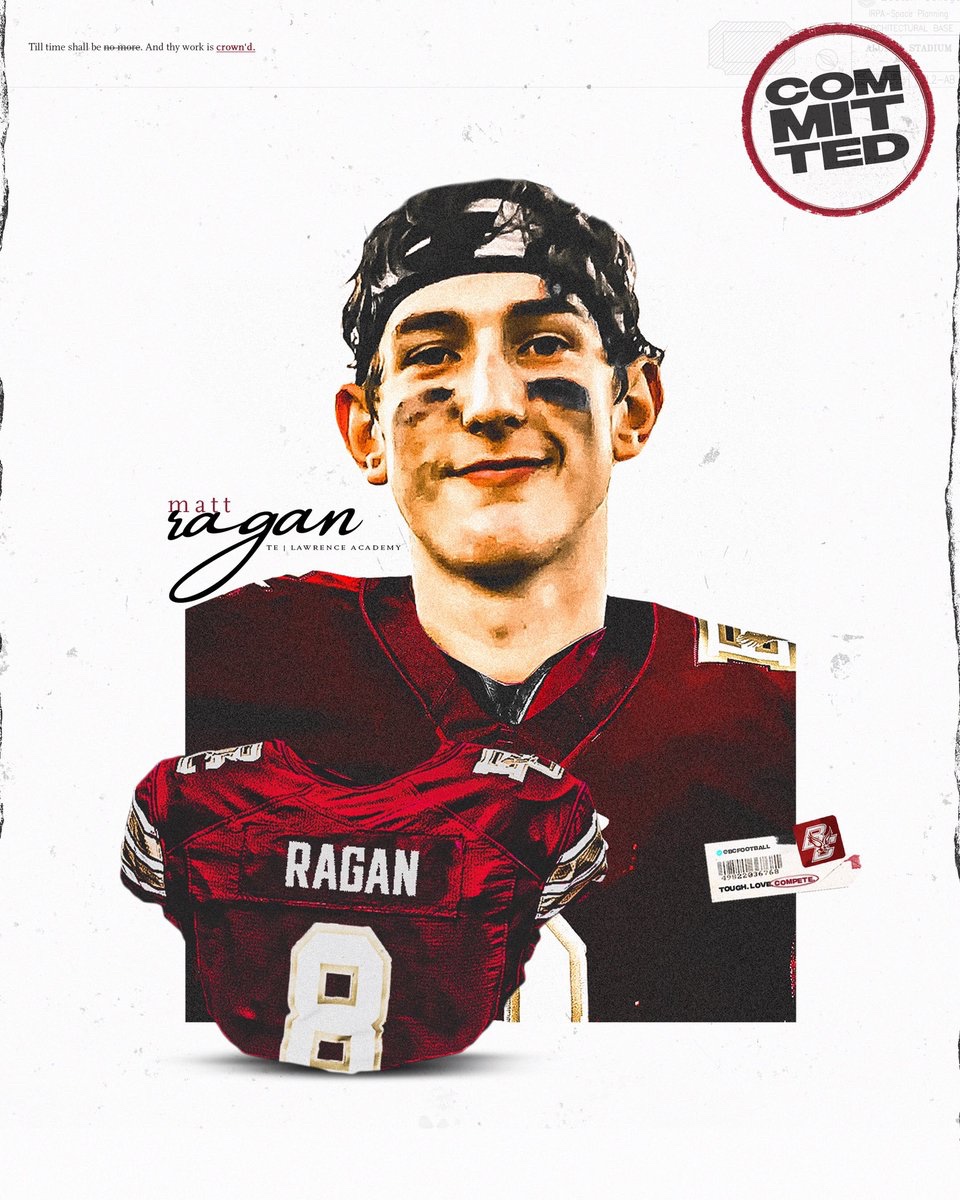 Boston College continues to pick up future commitments from some of the top prospects in the state. Add Lawrence Academy tight end Matt Ragan to the growing list of recruits who have committed to the Eagles.

The 6-5 220 tight end had offers from Vanderbilt, Michigan State, West Virginia and Pitt among others. The Groton, Massachusetts native ultimately chose to stay closer to home and commit to the Eagles.

I am very excited to announce that I will be committing to Boston College. I would to thank all the coaches who recruited me along the way. Special thanks to @CoachJeffHafley @Coach_Shimko @JoeSuIlivan #theroom #4for4 pic.twitter.com/KjdIhlwtny

Ragan was a relative unknown but he turned heads in the camp circuit the last two years and has gone from a relative unknown to a fringe four star recruit. Ragan has the hands, catch radius and athleticism teams look for today in the tight end position.

Ragan is the fourth member of the Class of 2022 to commit to the Eagles. After a slow in local recruiting, Jeff Hafley and his staff are making quite an impression locally and it shows with the recent commitments.