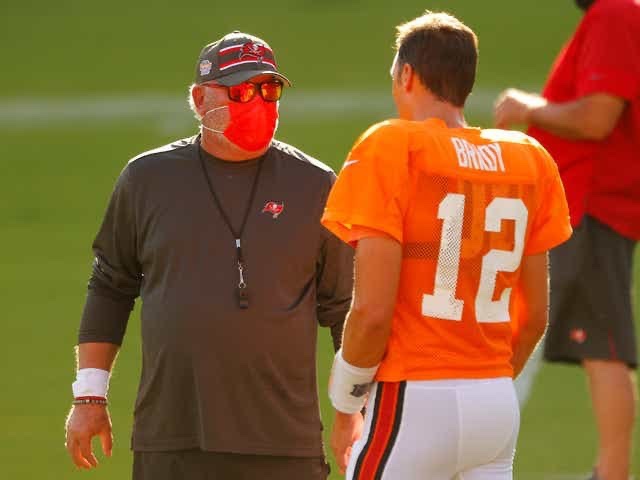 Bruce Arians offense is predicated on running the football out of 11 and 12 personnel and throwing the ball down field in the intermediate and vertical passing game.

People questioned whether or not Brady still had the arm strength necessary to play Tampa’s offense. So far that hasn’t been an issue as he has proven he can throw vertically.

The other question of course was would Arians acquiesce to Brady and let him install some of the concepts that he liked in New England? After five weeks, the answer to that question is yes. You see plenty of the Patriots influence in this Tampa offense.

Here are some examples of how Brady has brought some of the concepts he liked from New England with him to Tampa.

The Patriots one back play action passing game fits well within the Buccaneers offense. So with that said, it is not that hard for Arians and offensive coordinator Byron Leftwich to implement some of these concepts. 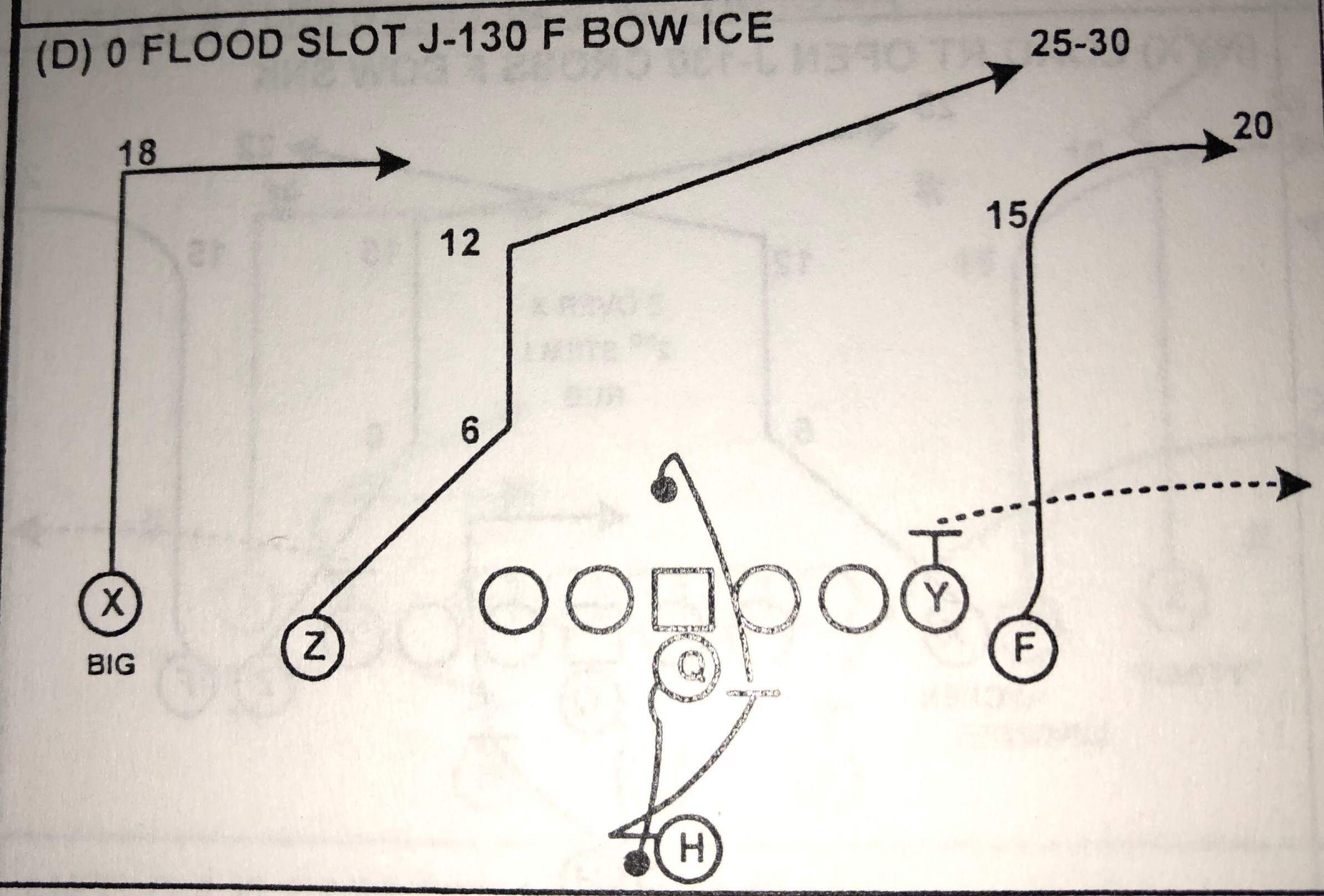 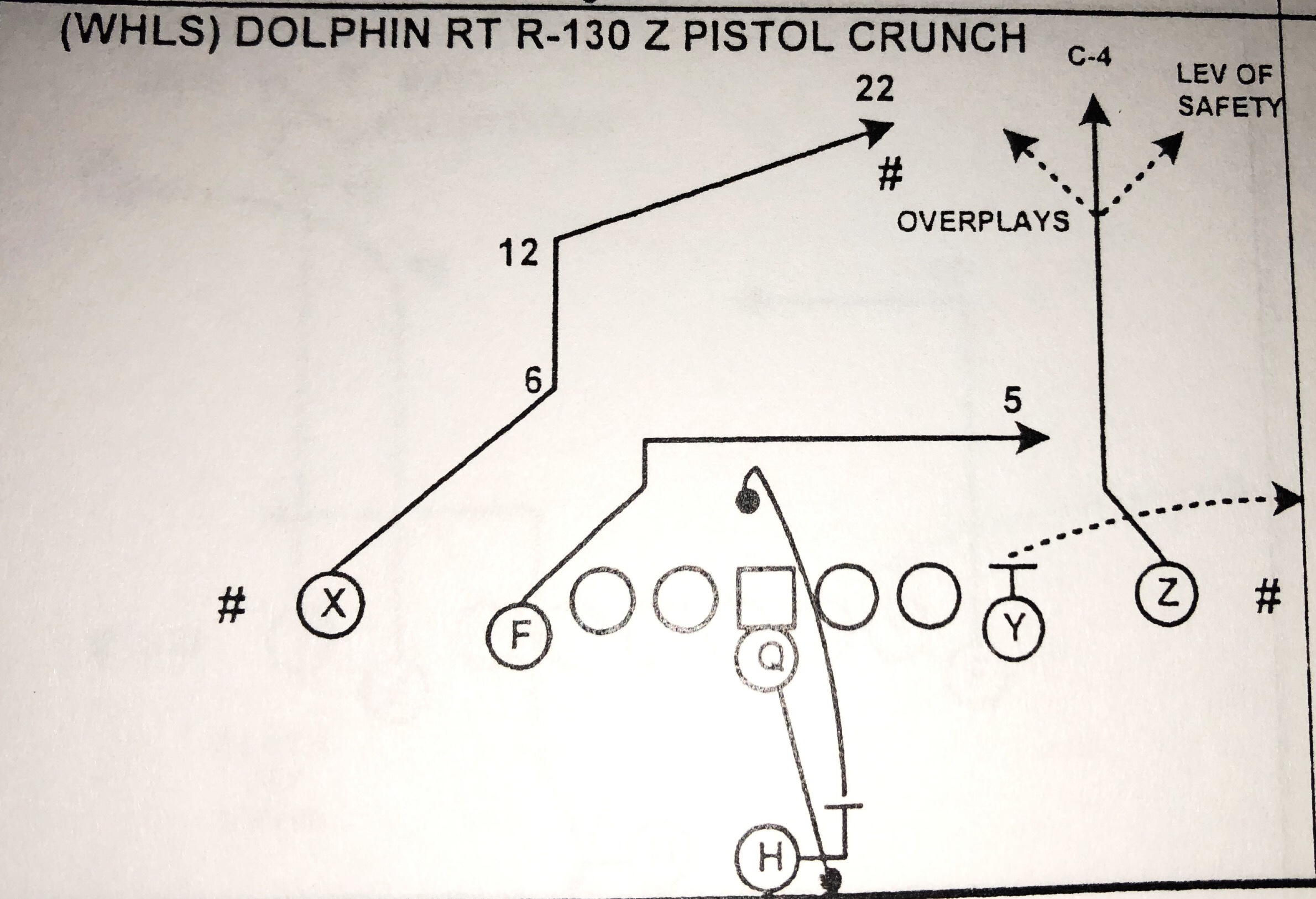 Diagram 1-5: The Buccaneers were not a big play action team last season but that has changed with Brady as the starting quarterback.

Diagrams one through five illustrate Patriots play action concepts that the Bucs now run. These concepts attack all three levels and require a hard fake and a token fake by the quarterback.

The tight end slam delay route is a concept the Patriots ran a lot with Rob Gronkowski and you are seeing it in Tampa now.

Compressing formations and using short motion are also elements that Tampa Bay has incorporated in their passing game as well.

Perhaps the most obvious example of Brady’s influence on the Bucs offense is counter gap protection. 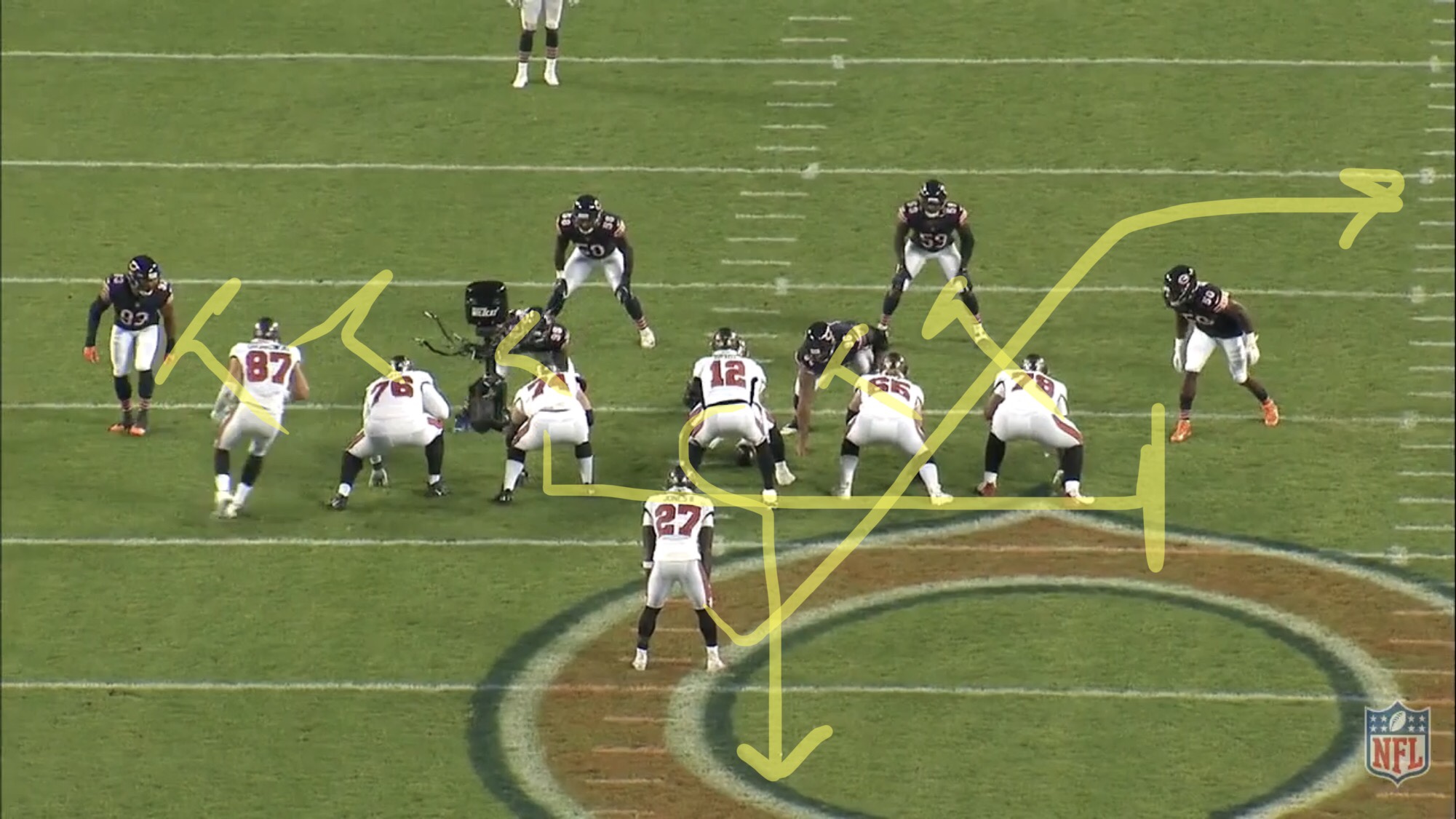 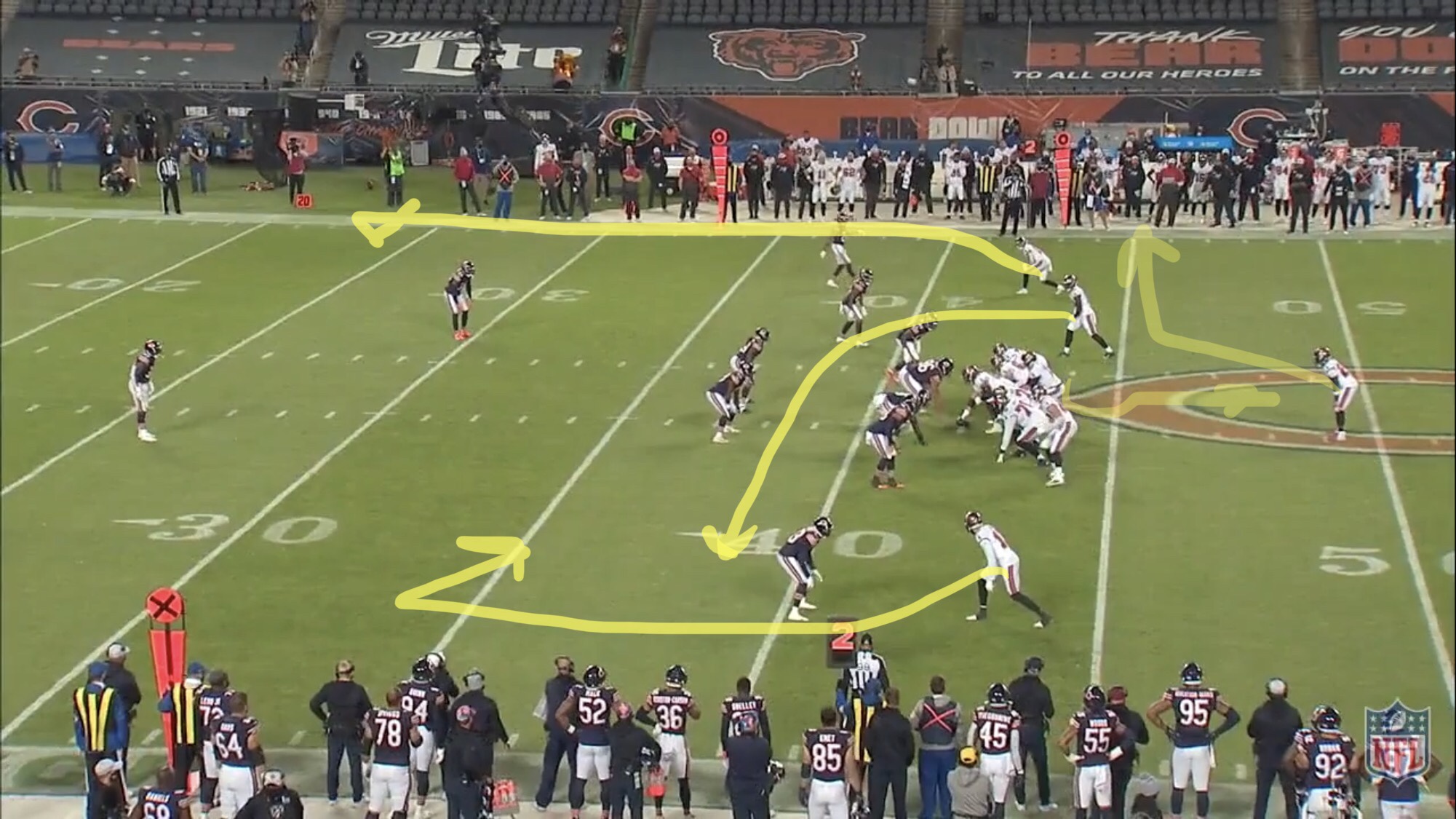 Diagrams 6 & 7: Counter gap protection is common in the NFL but it was not something you saw the Buccaneers run last season. Now this is a staple part of an expanding Buccaneers play action passing game.

You see Brady’s influence in the drop back passing game in terms of route concepts but many of the formations the Bucs are using were already being used were already in the offense. 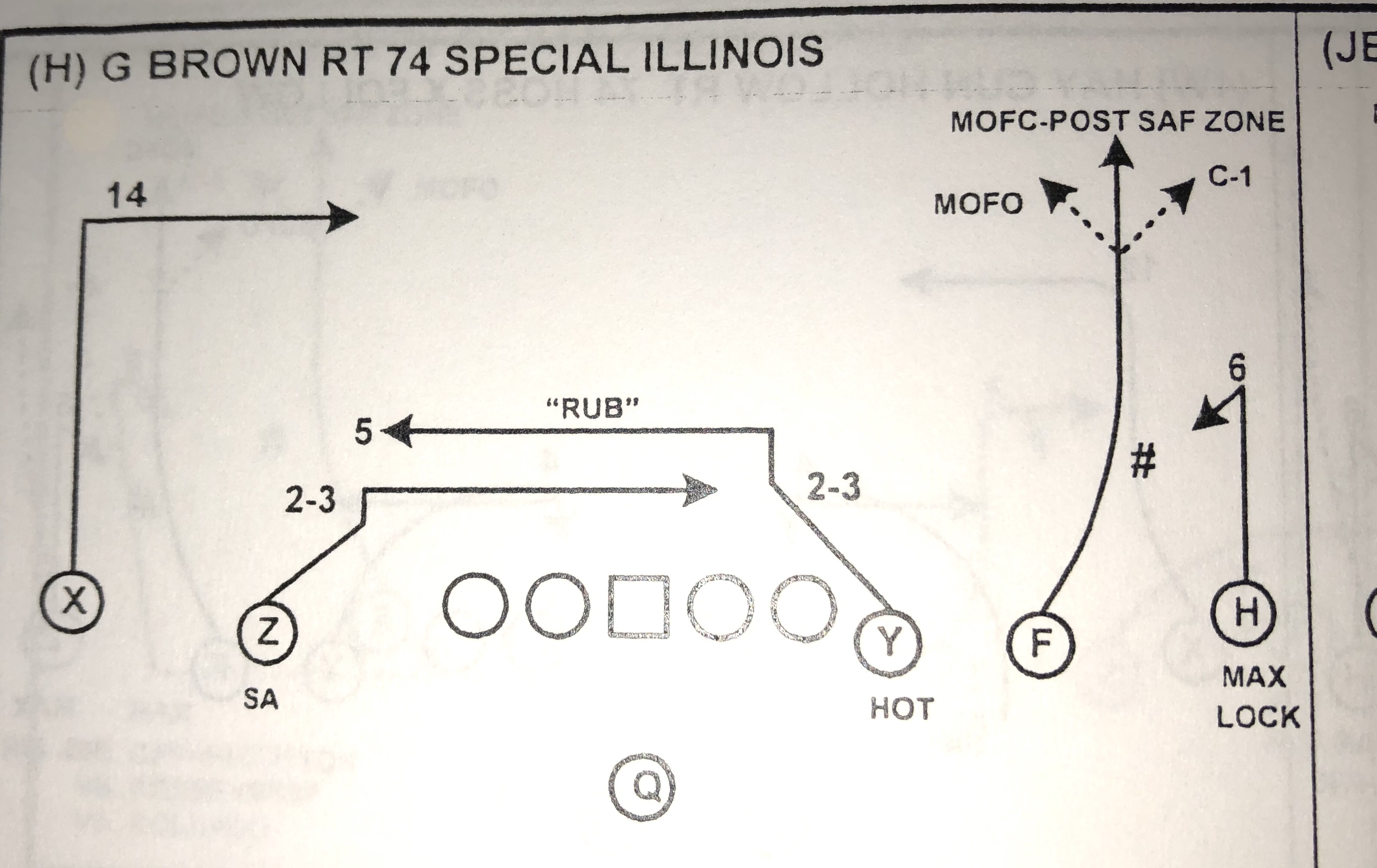 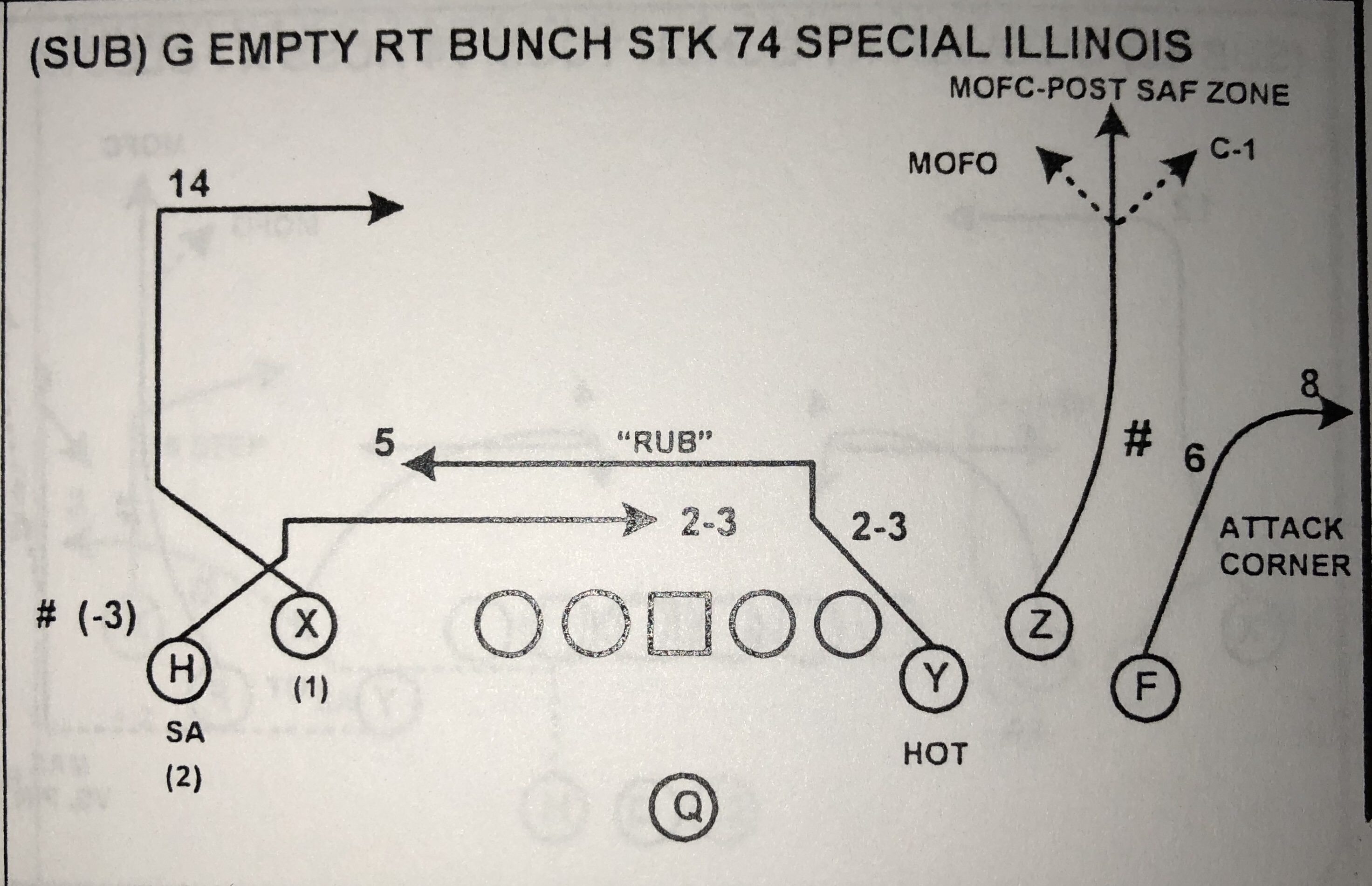 Diagrams 8 & 9: Here are two examples of empty concepts that we’ve seen the Buccaneers run this season. Again. The formations were already in place but the Bucs are running more mesh and they are running leveled routes behind them. 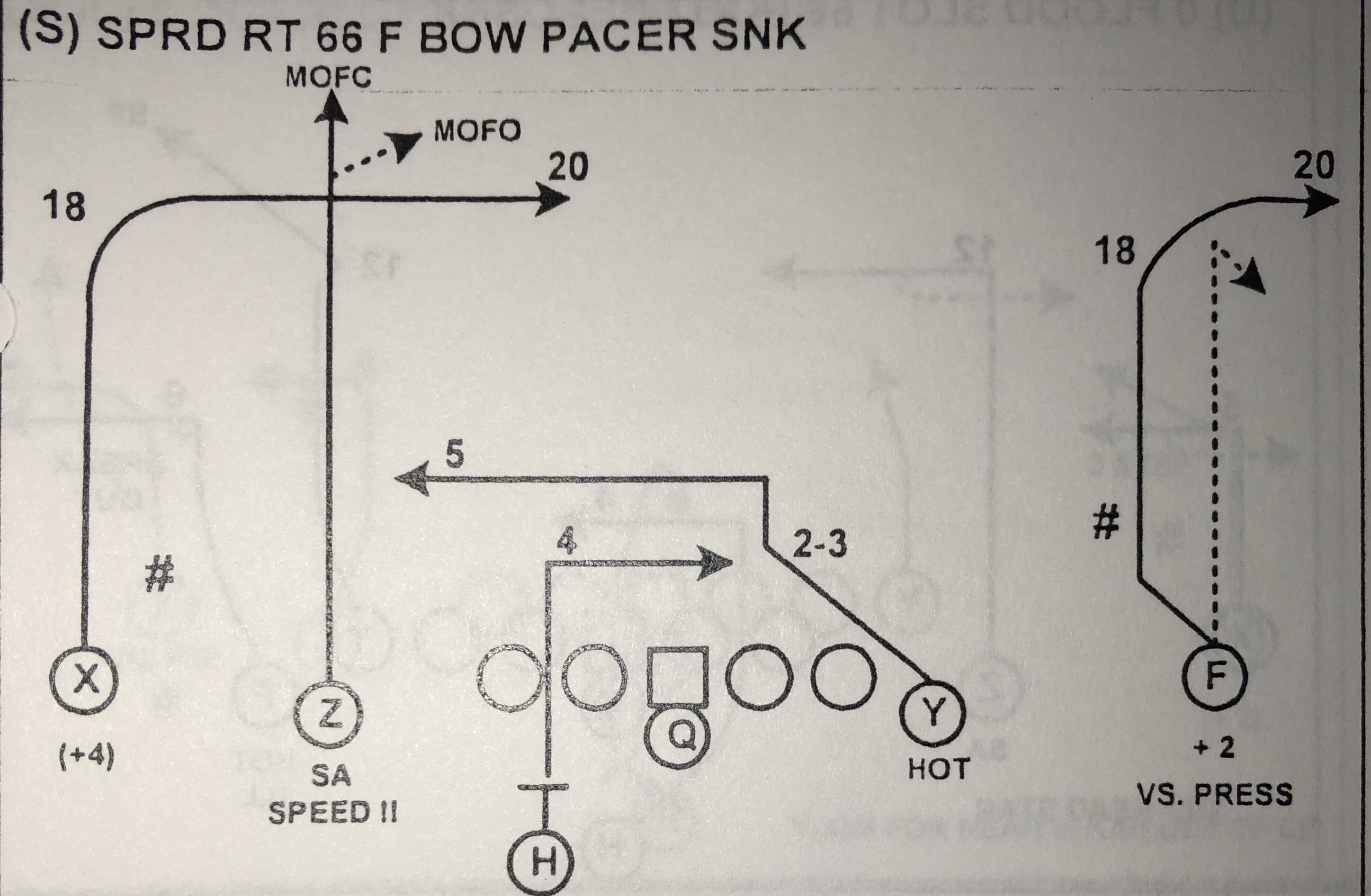 Diagram 8: The Buccaneers are doing more five and seven step drop pass plays from under center as well. Arians did more of this in Pittsburgh but he went away from this in Indianapolis, Arizona and last season in Tampa.

Brady still likes mixing it up and dropping from under center. You are seeing more of it in the Bucs offense. Diagrams 9 & 10: We have talked a lot about compressed formations. Bunch formations are prominent in both systems but again, you see Brady’s influence with the amount of mesh the Bucs have run thus far. The Patriots do as good a job of layering their routes as any team in the NFL. You see it in the Bucs offense. One thing Arians has learned, not pushing the ball on post and comeback routes. Those are routes Brady struggles with at this point in his career.

No team in the NFL has run as many perimeter screens as the Patriots in the last twenty years and now you are seeing it in Tampa. 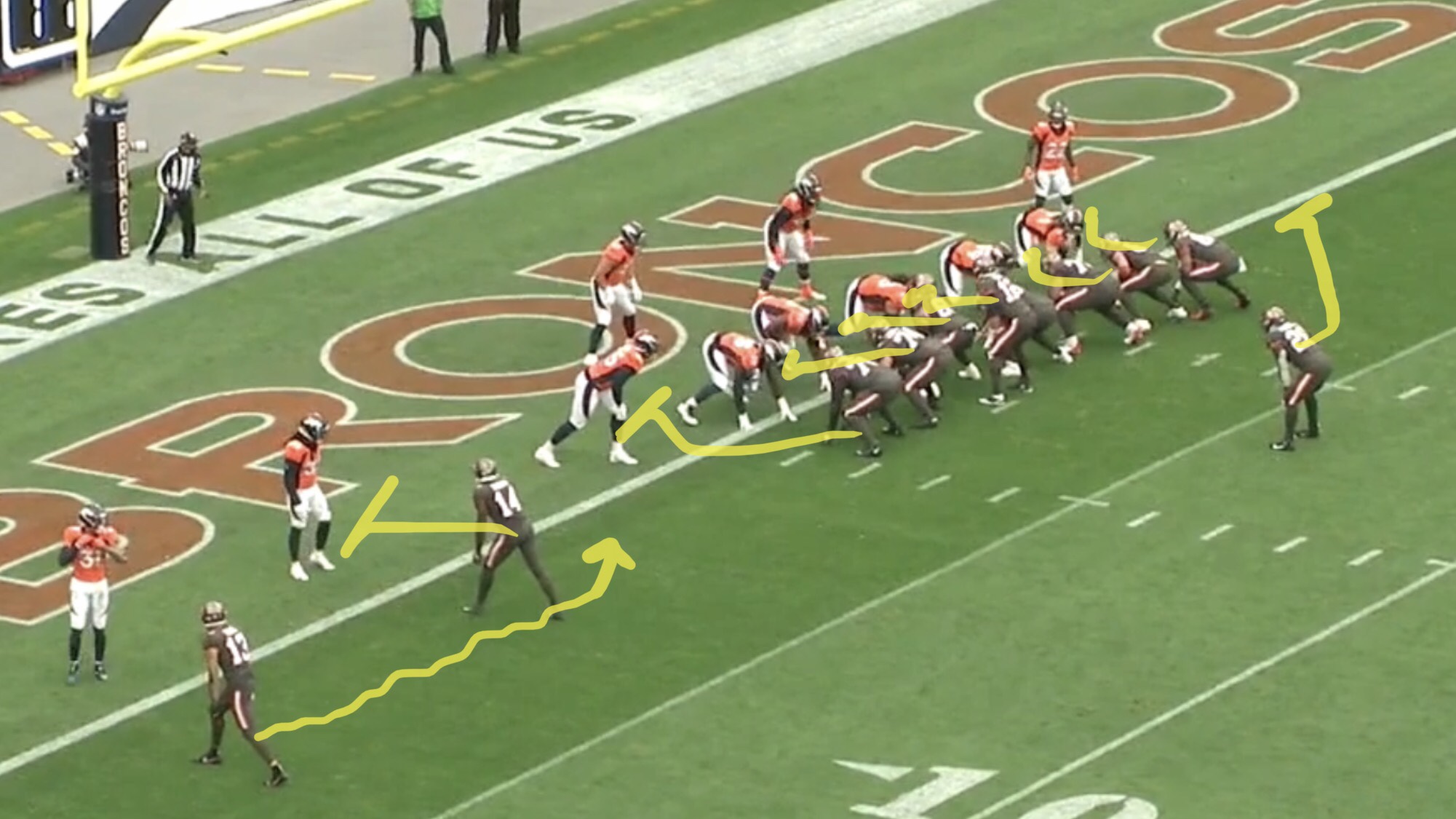 Diagram 11: Week three we saw it against Denver as the Bucs ran Mike Evans on short motion and threw a now screen to him for a touchdown. 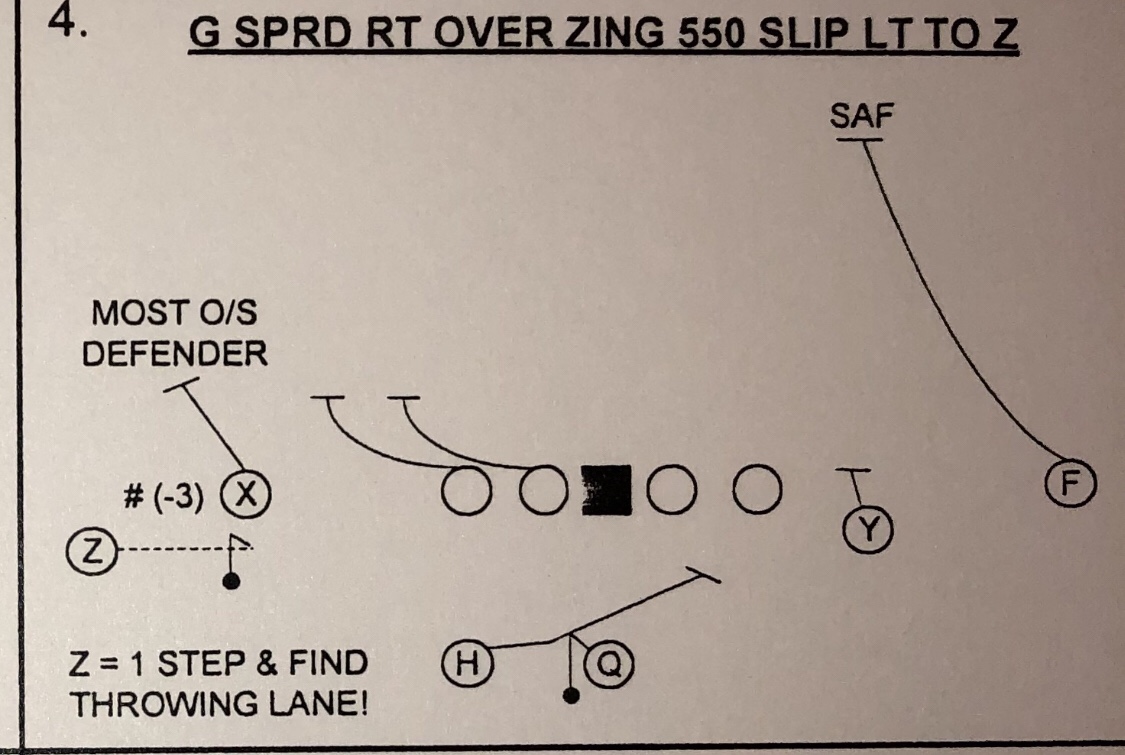 Diagram 12: Tampa has used more play action perimeter screens thus far this season. While they are common around the league, the Patriots have used them more than any other team.

Any questions regarding the partnership between Brady and Arians can be put to rest. The Buccaneers are starting to get on the same page and despite their recent injuries and a loss to the Bears, Tampa is a dangerous in the NFC.