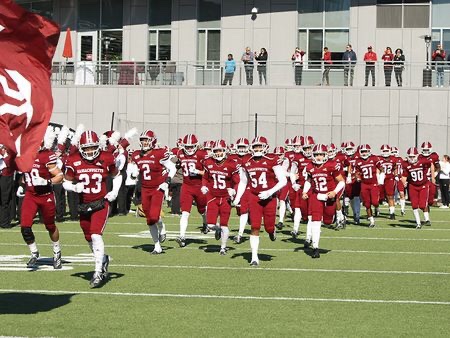 After consulting with university, state and public health officials, we have made the decision to cancel the 2020 @UMassFootball season. https://t.co/yUyzuuILKN

Athletic Director Ryan Bamford released the following statement: “After consulting with the university, state, and public health officials, we have made the difficult decision to cancel the 2020 UMass football season.”

Bamford stressed that COVID-19 “poses too great a threat to play.” It is an interesting that Bamford would say that considering the school was committed to playing last week when camp opened.

Head Coach Walt Bell also weighed in after the announcement. Bell said he was ” absolutely heartbroken” for current members of the program and the alumni. Bell also took the time to thank you those who worked to keep the coaches and players safe.

“I would like to give an unbelievable amount of gratitude to our medical professionals, our administration, our campus, our athletic training staff, and our operations staff for creating one of the safest environments in college football,” said Bell. “The testing, the protocols, the risk mitigation, and the execution have been incredible.”

As I mentioned earlier, the school is contemplating playing fall sports in the spring but that will have its challenges logistically.

Not only that, but players are going to be playing two full seasons in an eight month span. In this era of player safety, how exactly is that safe?

It is hard to fault UMass for cancelling their season. The Big Ten and PAC-12 also cancelled their seasons today.

The difference is, those schools can survive taking the year off. I am not so sure UMass can bounce back from this that easily. Even if they play in the spring.

Today was a dark day for college football. Especially for UMass. Things were heading in the right direction but not anymore.