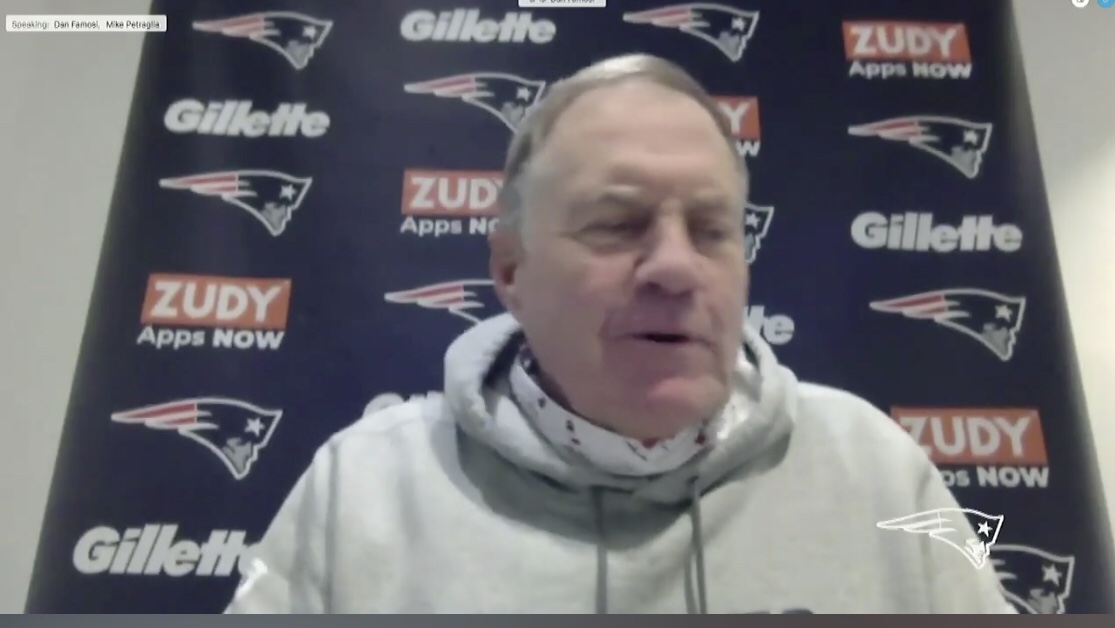 For the first time since signing Cam Newton and since six of his players opted out of this odd season on the horizon, Bill Belichick spoke to the media via Zoom on Friday.

The 20-ish minute call also aired on NBC Sports Boston and Belichick had quite a few interesting things to say, something that I’m not sure many people saw coming. Bill openly supported the players that opted out while sounding rather personable. He also touched on the signing of Newton and what training camp is going to look like under the COVID-19 protocols.

The most interesting part of the “presser” came when he was asked about the Newton signing and what ultimately led to the unlikely partnership.

When everyone’s time is more valuable than ever now, the Patriots aren’t meeting with someone like Newton several times unless they have big plans for him. Belichick all but solidified that Newton will be the starter Week 1 – which we all could predict as long as he’s healthy – but to hear Belichick talk about the effort and resources put into signing Cam was telling.

Having said that, Belichick also played his usual “it’s the same for every position” card when asked about the quarterback “competition” in the coming weeks.

“I think that’s about the same as all the other spots on the team,” he said. “We’ve got a long way to go and we’ll see how things turn out. I can’t control how players perform, that’s up to them. I’ll give everyone an opportunity and see what happens.”

Prior to the Cam Newton discussion, Bill was also asked about the Subway commercial he was recently seen shooting in Connecticut by top-notch reporter Mike Reiss, who cleverly softened Bill up with the question before getting to Newton. Belichick explained the reasoning behind it and added a bit of his dry humor as well, acknowledging that he won’t be living it down anytime soon.

“I think it was one of their “Super Dupers” or whatever,” Belichick said of what exactly it was that he was munching on. “I haven’t ever done anything like that. It’s kind of a difficult environment to raise funds now for charities and foundations, but this was an opportunity to spend a day to be able to fund the initiatives that we have in the (Bill Belichick) Foundation for student athletes and the various sports programs. I would say they’re in a little tougher shape than they normally are financially from an opportunity standpoint.

“So, I appreciate the opportunity that Subway gave me and the foundation and the support that they gave us. It was a fun commercial to do and everybody loves sandwiches. I know I’m going to get killed in the rookie shows for this, I know that’s going to happen so I’ll just have to swallow it.”

Belichick seemed much more personable and willing to talk than normal on Friday, and while his support for the players that chose to opt out of the season wasn’t surprising, the humility in his voice during his answers was.

“I respect all of them,” he said bluntly. “I respect all the players on our team, we all have to make decisions. I talked to those guys and they explained their situations and they had to make a decision that was best for them and I totally respect and support it 100%.”

This year will be unlike any other, and as usual Belichick let everyone know that his team will be ready to go no matter how weird things get, even comparing this scenario to the college game. I wouldn’t be surprised if Bill is the one asking Nick Saban for some advice this time around, perhaps asking for some tidbits here and there on how to run a quicker camp while still getting results, especially with such a young roster now, Saban may know how to connect a bit better than Bill might.

Either way, there will be no excuses as always at 1 Patriot Place.

“We’ll just have to take advantage of our practice opportunities,” added Belichick. “We’ll have to create as much combination of competition to evaluate the players and also situations to have our players ready to play in regular season games and combine those things as we move forward. So, it’ll be a little different set up, but you know that’s what college teams do every year. I think ever since the beginning of college football – well I don’t know all the way back to Rutgers in the 1870’s – but that’s the way it’s always been.

“You go to camp for three weeks and then you start the season. There are no preseason games. You evaluate your team and you get ready to play. That’s what all college football teams do and I don’t think it’s anything that is revolutionary here.”