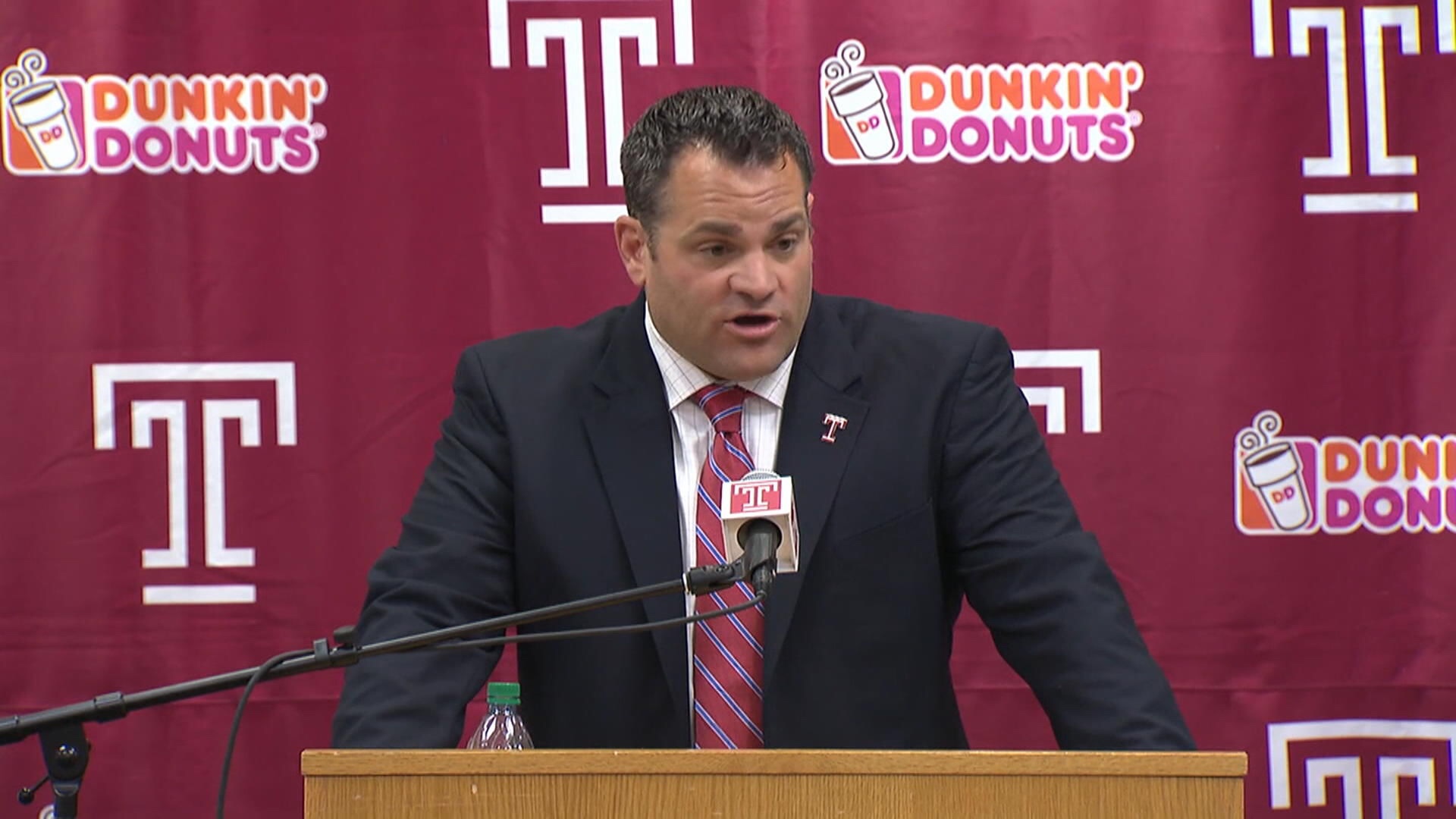 It didn’t take long, but the Boston College athletic department has its new athletic director.

On Wednesday afternoon it was announced in a press release that former Temple AD Patrick Kraft would be taking over at The Heights replacing Martin Jarmond who is heading to UCLA.

Of course this hire is quite different than any other athletic director hire at Boston College because of the odd times we are living in, but Kraft is no stranger to the mental demands of running top-notch Division 1 programs.

According to the press release: As Director of Intercollegiate Athletics at Temple, Kraft directed a $59 million budget, a department of 180 employees, and 500 student-athletes in 19 sports that compete in the American Athletics Conference, the Big East Conference, and the ECAC.  He was responsible for all facets of athletics administration, including academics, NCAA Title IX compliance, diversity, finances, and athletics, and led the hiring of new head coaches in football, men’s basketball and men’s and women’s soccer and field hockey.

Kraft also led an effort to improve student-athlete classroom performance that resulted in a 2018-2019 NCAA Academic Performance Rate of 993, fourth among Division I FBS institutions, followed by a school record 90 percent Graduation Success Rate for 2019. He led planning and fundraising efforts for more than $55 million in construction and renovation projects, including the Temple Sports Complex for men’s and women’s soccer, field hockey, lacrosse, and track and field, enhancements to locker room facilities for all 19 sports, an all student-athlete lounge, multiple student-athlete nutrition centers, and updated practice facilities for several sports.

The fundraising is one thing, but in a time where trusting authority figures is almost impossible for many thee days, Kraft will need to be able to build relationships on the fly, perhaps quicker than any AD has had to in quite some time. Jarmond will have to do the same at UCLA, but Kraft’s task may be a bit more difficult due to the expectations that have come a long with all of the changes in the BC football program.

The hype around Jeff Hafley and his staff is real and very warranted, and it’s now going to be up to Kraft to adopt the same enthusiasm that the staff has shown up with and try to pass it on not only to the football program but the other programs around campus as well.

The fact that Kraft was able to do so much good at temple is impressive to me because when you think Temple – at least in the last 20-25 years you think mediocrity – and to have people still willing to put money into certain programs there speaks volumes about how much of a motivator Kraft should and could be.

There’s little locally for us to go off of as far as first impressions go with Kraft, but it’s clear the Eagle community trusts him to be the guy to continue leading the way into the future, even if that future is as uncertain and scary as it’s ever been.