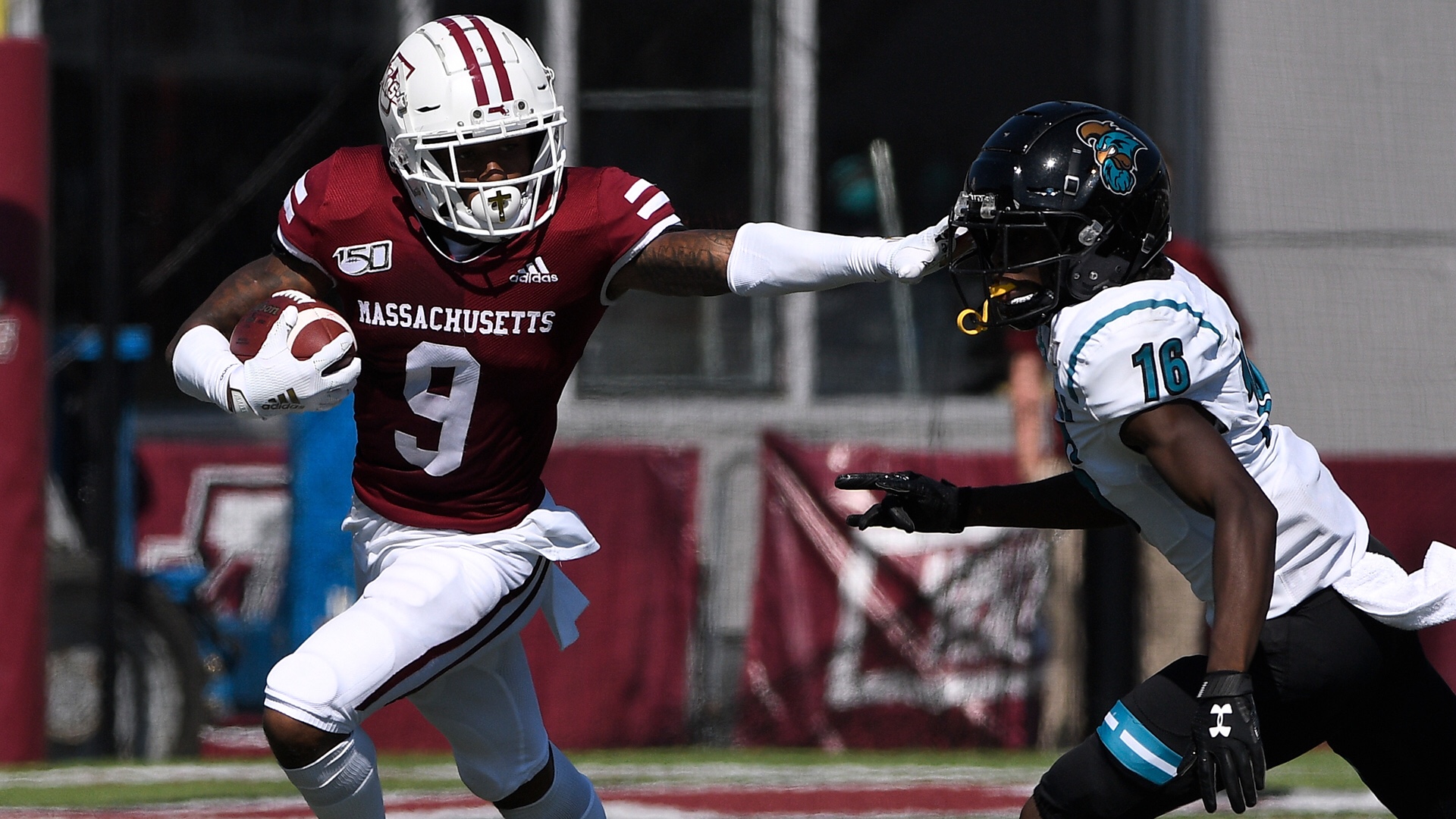 UMass cornerback and kick returner Isaiah Rodgers was drafted by the Indianapolis Colts in the sixth round of the NFL Draft.

For 255 players, the three-day NFL Draft this weekend was a dream come true.

Guys from all different backgrounds with all types of stories watched as they or their teammates were selected for the next chapter of their football careers. Locally, whether you were drafted as one of the 255 picks or signed as an undrafted free agent immediately following the draft, those NFL dreams are still alive and well.

Here is a quick look at each of the guys locally who will look to take the next step and continue their journey to relevance the NFL:

CB Isaiah Swann from Dartmouth signed with the Bengals,

DE Niko Lalos from Dartmouth signed with the Giants.

OL Jackson Dennis from Holy Cross signed with the Cardinals.

Michael Hoecht, from Brown University signed with the Rams.

RB AJ Dillon from Boston College was drafted 62nd overall by the Green Bay Packers. Dillon will be a huge compliment to the Packers’ offense, especially when cold weather games roll around.

WR Isaiah Coulter of Rhode Island was drafted by the Houston Texans in the fifth round.

CB Isaiah Rodgers from UMASS Amherst was taken 211th overall (sixth round) by the Indianapolis Colts.

Each of these guys – except for AJ Dillon – is going to have to battle to get noticed at most of their respective camps, but there is no denying that football here in New England, and Massachusetts in particular, is starting to become a real source of viable options for big time college programs or NFL scouts.

The days of Massachusetts and New England getting looked over at a high rate seem to be over, as schools like Michigan make it a point of emphasis to turn this region into a hot bed for recruits. With guys like Jeff Hafley adamantly talking about scouring this area and making sure talent doesn’t leave for greener pastures or bigger universities, the area will continue to be grow and develop.

Congratulations to all the local high school and college athletes who are on their way to making Massachusetts and New England a serious factor in NFL recruiting.