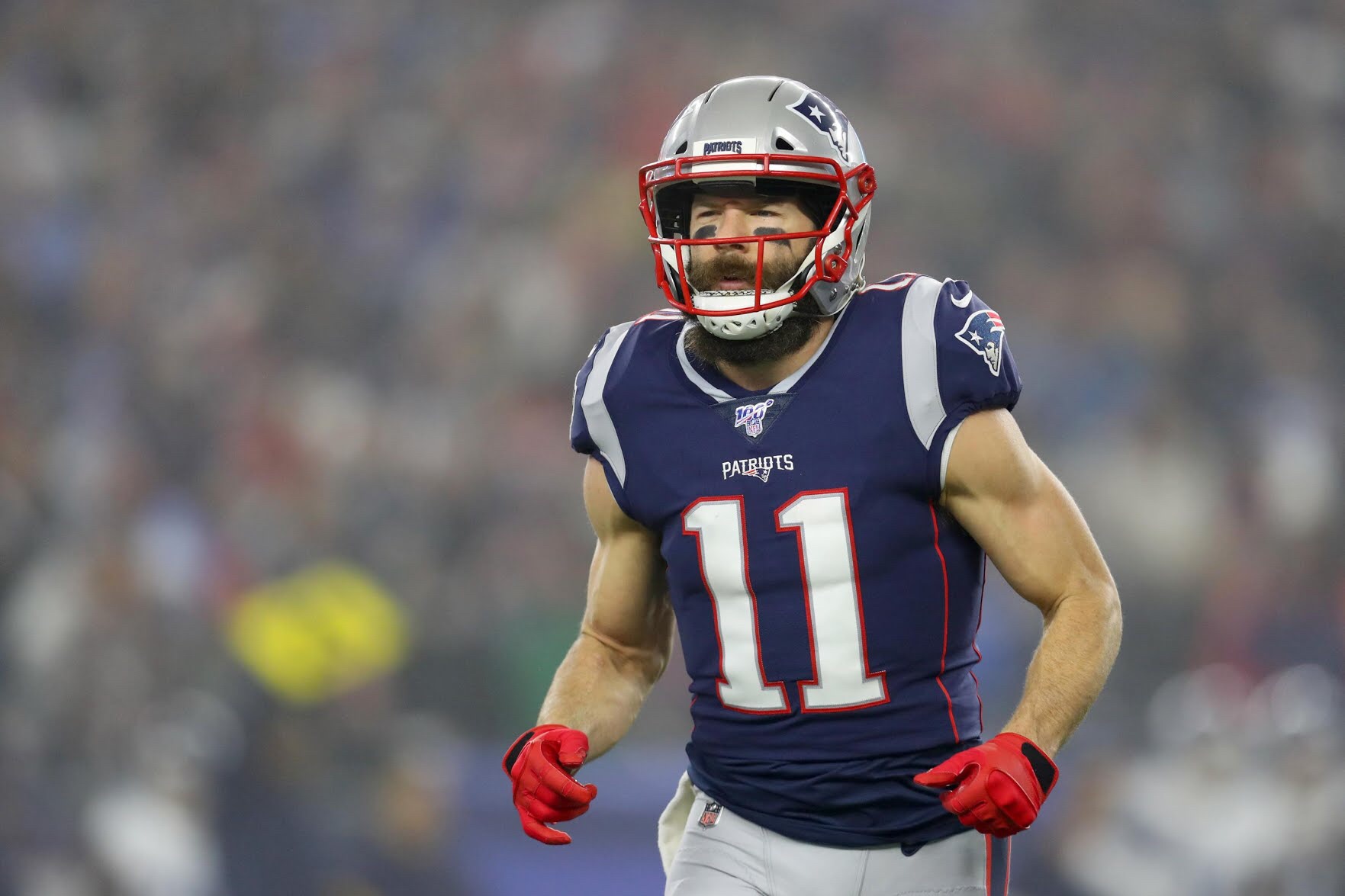 If it’s a full blown rebuild that Bill Belichick wants on offense, then there’s one guy still left on the roster that shouldn’t be if and when the NFL begins its season.

Now that Tom Brady and Stephen Gostkowski – the longest tenured Patriots remaining, an honor that now belongs to Matt Slater – have departed, there is a seemingly clear emphasis on turning the page, albeit with a few exceptions like Slater and the McCourty’s.

Julian Edelman should be on that list of longtime Patriots that simply need to end their careers somewhere else.

Entering his age 34 season, you can’t help but look at Edelman and think that there isn’t much tread left on the tires. That statement in no way diminishes what he’s meant to this organization over the years, but if Bill truly wants to start building things back up from scratch on offense while simply getting by on defense, moving Edelman is an obvious move.

In his career “Jules” has caught 599 balls for 6,507 yards and had a TD pass in the 2014 playoff game against Baltimore that will live in infamy. He’s been a ridiculously consistent performer and a guy who’s proven he’s tough as hell time and time again. However, without Brady targeting him on slants and in-cuts 10-12 times a game anymore, how valuable is he really to a young guy like Stidham?

Belichick turned Edelman – a college quarterback and someone destined to be a special teamer for life – into a dangerous slot receiver, a guy that has willed his way on grit and balls alone into the “is he a Hall of Famer?” discussion, so why can’t Bill do it again with someone else for a much cheaper and less beat up?

You’ve also got to look at this from Edelman’s point of view. If you’re at the point in your career that Edelman is, do you really want to grind away on offense with a second-year QB and some young receivers who may be good but could also  really suck? Are you really going to put in that extra on and off-field work that you would’ve with TB12?

It’s completely understandable if that’s not in his best interest at this point, and it’d also be perfectly acceptable if he wanted a chance to go win with Brady or somewhere else, but if that’s the case then Bill can’t take a chance on him sabotaging the kid’s development.

From all accounts Stidham has been well received by his teammates, and by all accounts Edelman has been nothing but a team-first guy for his entire career, but without TB12 setting the tone from the top down, you can’t help but wonder if the “me” mindset starts to creep into the locker room, and Edelman would be a candidate to be first in line if he’s unhappy with how the season is playing out.

I’d like to make sure I’m clear on this though: if Edelman is truly still bought in to winning here in New England and is willing to help Stidham grow and eventually elevate to the next level, then he would still bring great value here and I’d love to see number 11 suiting up in blue or white again. I just have no reason to believe that a guy in Edelman’s shoes would want to make that type of sacrifice anymore with seemingly so little time left in his outstanding career.

As for whether or not he’s a Hall of Fame there’s not much doubt in my mind, but I can understand why people would question it. The whole slot receiver thing makes it tough when trying to say he belongs next to guys like Moss and Rice, but if you think about how much he mattered to the offense – it literally ran through him for the majority of Brady’s career after Welker – then you’ve got to consider him as one of the best and most impactful players of his era, thus making him HOF worthy.

Despite all that, times are rapidly changing in New England, and with serious cracks and missing pieces now in the dynasty’s foundation, Bill might as well rip the band-aid right off from a fan’s point of view and legitimately start to rebuild the offense without Julian Edelman.

The “Squirrel” has done all he could for us and the franchise, he deserves to finish his career chasing that one last nut in the shape of a Lombardi.