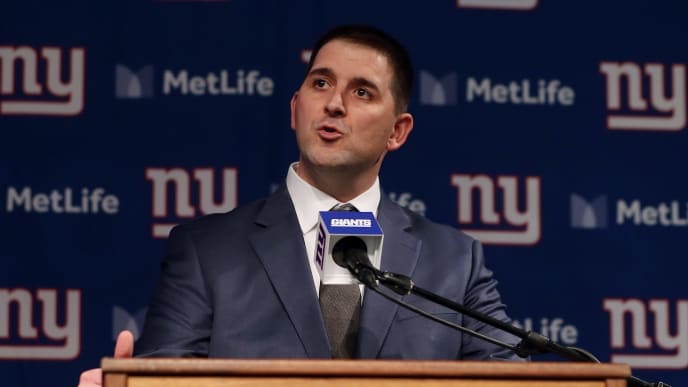 The New York Giants surprised the football world on Wednesday when they announced the hiring of Patriots special teams and wide receivers coach Joe Judge as their new head football coach.

Judge was an under the radar candidate who on the surface was just another candidate that was being interviewed as part of the part of the process. Judge impressed the Giants ownership group, most notably John Mara. When top candidate Matt Rhule decided to take the Carolina Panthers job, Mara did not want to wait to interview Baltimore Ravens defensive coordinator Don Martindale so the Giants offered Judge the job.

Judge not only coaching ties to Bill Belichick but he has also coached for Nick Saban and both men highly recommend him for the job. Judge was a candidate for the Mississippi State job. He played at Mississippi State. The Bulldogs hired Mike Leach yesterday.

At his press conference yesterday, Judge certainly proved that he has the demeanor to coach in New York but it is no secret that the biggest media in the world can wear coaches out. Judge appears to have the right temperament however so that will help him.

In the Giants, Judge inherits a potential franchise quarterback in Daniel Jones, a franchise running back in Saquon Barkley and a quality offensive line. The rest of the roster however, particularly on the defensive side of the ball leaves a lot to be desired.

The development of Jones and the overall improvement of the team will be key for Judge next season. If the team is going in the right direction, ownership will give Judge what he needs to succeed.

The Giants are hoping that they hired their John Harbaugh with Judge. Time will tell. If nothing else, John Mara and Steve Tisch thought outside the box.