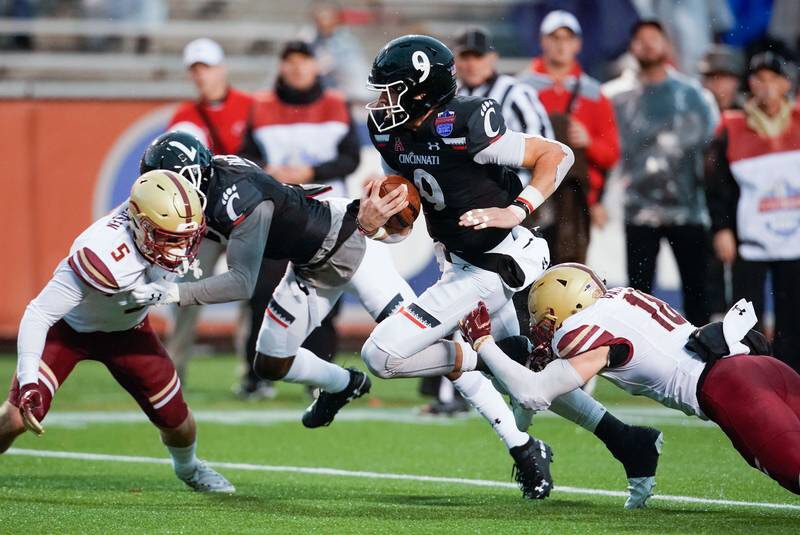 Game rewind: After a long lightning delay that last for 91 minutes, the Eagles were throughly trounced by the Bearcats 38-6 in one of the worst bowl losses in program history.

1. Eagles physically worn down: Boston College was simply worn down by Cincinnati up front. The Bearcats controlled the line of scrimmage on both sides of the ball and that was really the difference in this game.

3. Grosel struggles: Dennis Grosel once again struggled and failed to create separation going into next in the quarterback competition. Grosel only completed 8 of 17 passes for 87 yards. If Anthony Brown transfers as expected, Grosel will have a shot at the starting job but you’d have to think that Hafley will try to bring in another quarterback that can also compete for the job.

4. Weather delay: For the second straight year, the Eagles had to deal with a delay and that’s annoying. Did it cost them the game? No but it’s hard to regain your focus after sitting around for an hour and a half. Cincinnati had no issues apparently.

5. Eagles fail to impress Hafley: New head coach Jeff Hafley was on hand and I am sure what he saw probably left him a little concerned. The Eagles looked bad, real bad. Despite that, Hafley has to feel good about the fact that he can put his own spin on the program now and mold it the way he wants moving forward.