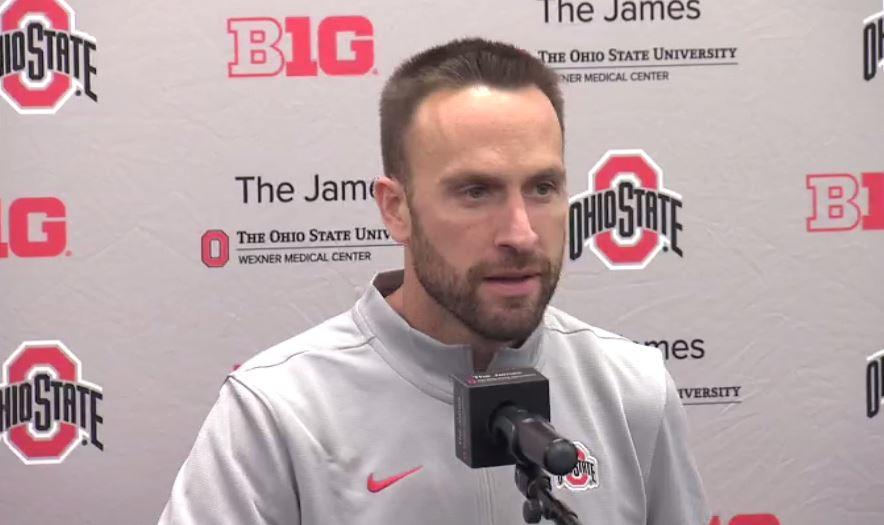 Boston College athletic director Martin Jarmond had to get this hire right. Fans and alumni alike were clamoring for a coach who can help Boston College take the next step and compete nationally. Jarmond may have delivered that coach in Jeff Hafley.

The 40 year old Hafley has a tremendous resume. He has spent time in both the NFL and major college football in his career. Hafley is a defensive backs coach by trade but his work this past season as co-defensive coordinator at Ohio State is what put him on the map as a potential head coaching candidate. Ohio State went from being ranked in the 53rd in the nation in total defense in 2018 to being ranked 3rd nationally in total defense this season. Hafley not only helped the Ohio State defense develop into one of the best units in the country, he also helped cornerback Jeff Okudah become one of the best players in college football this season.

The Eagles were putrid defensively this season. Boston College ranked 96th in the country in total defense. Hafley has to fix that side of the ball. It would not be a surprise if Ohio State linebackers coach and Boston College alumnus Al Washington follows Hafley to the Heights as defensive coordinator.

With Hafley being a defensive coach, who he hires as offensive coordinator is critical. The Eagles are built to run the football. Hafley will want to open things up more so he will recruit more speed and more receivers. The Eagles will be more of an 11 personnel team instead of the 12 and 13 personnel team they have been under Addazio. Finding a dual threat quarterback who can make plays as a runner and passer will be a priority, especially with former starter Anthony Brown entering the transfer portal. Dennis Grosel will have an opportunity this spring to prove that he deserves a shot at being the starter.

Hafley’s hiring has been greeted with universal praise. Jarmond and the powers that be are being credited with making a “home run” hire. Time will tell. There is no doubt that people around the program have been revitalized by the hiring. It will be interesting to see if donors and alumni alike feel that way.

Hafley is inheriting a good roster but a roster that is lacking in certain areas. He will need to use his recruiting connections in Ohio, New Jersey, New York and Connecticut to improve the roster. Hafley also has to stem the tide of the influx of programs, most notably Michigan that are coming into Massachusetts and signing high profile recruits. If he can improve the roster, the Eagles will be able to compete nationally which is the goal.

Hafley will have time to get Boston College to the next level. It will be interesting to see how long the process takes.