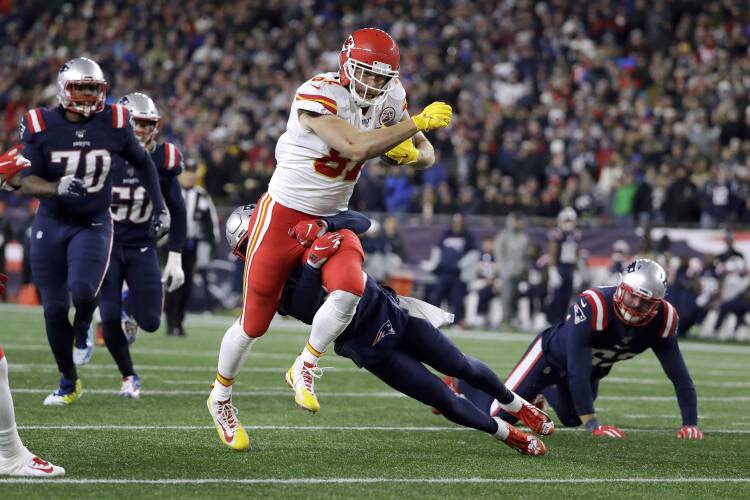 Game Rewind: Bad officiating, missed opportunities and inconsistent play were all factors in the Patriots 23-16 loss to the Chiefs. After a fast start, the offense once again fizzled. Defensively, the Patriots played well enough to win forcing two turnovers but the lack of pressure on Patrick Mahomes was a problem.

1. Awful officiating: The officiating was bad. Plain and simple. Jerome Boger and his crew blew two huge calls in this game. The Stephon Gilmore fumble recovery and the N’Keal Harry touchdown. In both instances, the officials should have swallowed their whistle and let the play continue. They didn’t. Let instant replay determine the result of the play. The officials did not and it proved to be costly for the Patriots.

2. Drops hurt: Drops continue to be an issue for this team. Jacobi Meyers had two big drops including a potential touchdown. The bad officiating hurt the Patriots in this game but so did several drop passes in key moments.

3. Where’s N’Keal? N’Keal Harry played two snaps. One in the first half and one in the second half. He scored what appeared to be a touchdown on his second snap and then we never saw him again. The Patriots claim he suffered a hip injury in the second half but that doesn’t explain why he didn’t play in the first half. I don’t understand why they don’t trust Harry right now. It makes no sense.

4. Offensive line struggles: The offensive line continues to struggle both in the run game and in pass protection. Four fifths of this group is intact so it is time to stop using injuries as an excuse. They are not playing well. PERIOD!

5. Situational awareness: Bill Belichick is all about situational football but he passed up a 44 yard field goal and went for two when he didn’t have to. Both proved to be costly decisions down the stretch. Both decisions also proved that he has no faith in the kicking game right now.