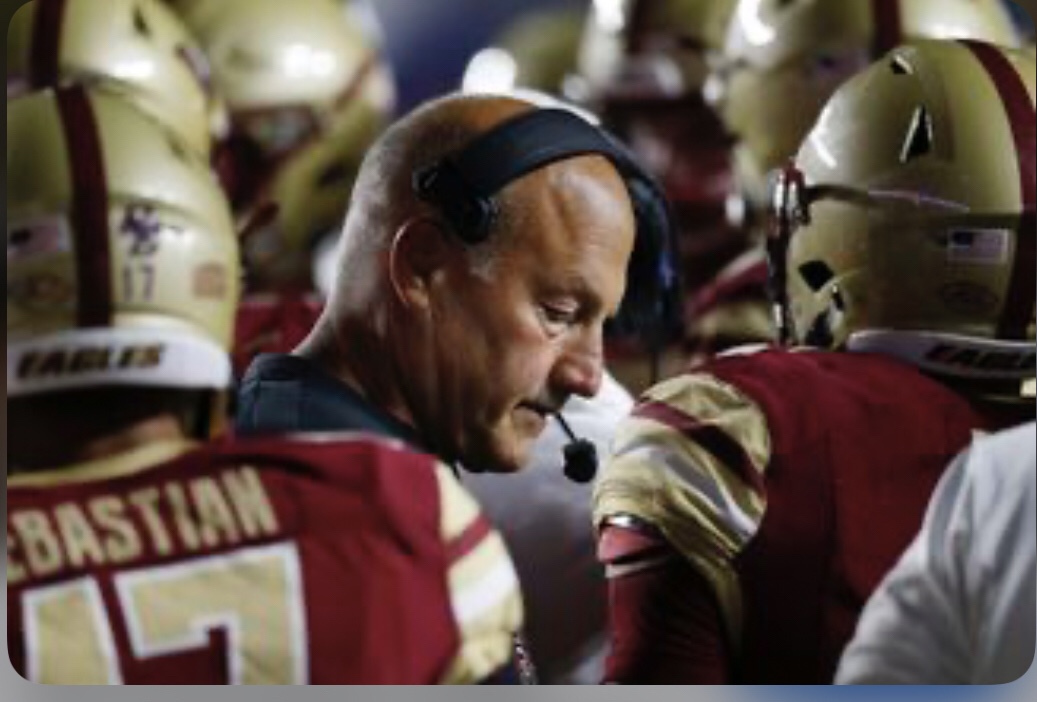 Boston College Athletic Director Martin Jarmond announced earlier this evening that he has relieved Steve Addazio of his duties as head football coach.

The firing comes as no surprise despite Boston College beating Pittsburgh yesterday and becoming bowl eligible. Addazio has been on the hot seat for most of the season as fans and alumni alike grew increasingly frustrated with the direction the program was heading in. Despite continuously supporting Addazio in the past, Jarmond had no choice but to fire him.

Addazio did a good job of recruiting high character kids that can play at a high level and fit the school profile academically. He established a culture of toughness and accountability. Unfortunately for Addazio, he couldn’t land that one recruit that could alter the fortunes of the program. Not only that but he started losing some of the top talent in the state to programs like Michigan, Notre Dame and Penn State.

Boston College has to figure out what direction they want to go in as a program. Do they want to be a middle of the pack ACC program or do they want to compete for championships? They did open a new $53 million dollar indoor football facility so that should help. Despite that, there are still limitations when it comes to admissions and locations. Boston is a tough market to recruit in. Kids from Ohio, New Jersey and New York will come here but kids from warmer states think twice about playing and going to school in Boston.

Boston College can land a quality coach but they need to support the program more in terms of staffing, increase the assistant coach salary pool and commit to winning championships. If they do these things, they can get the right coach.