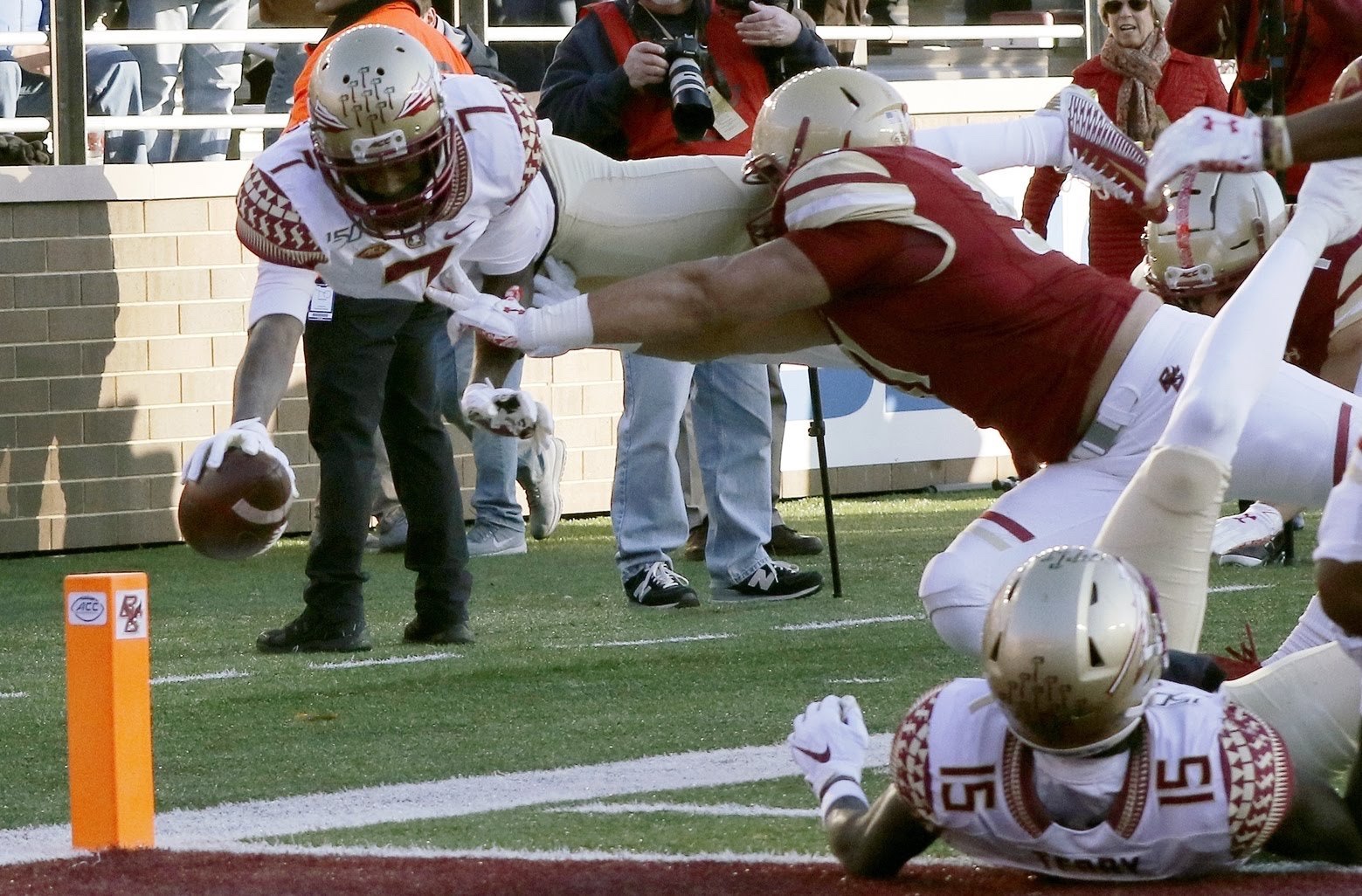 Game rewind: The Eagles lost a back and forth affair at the Heights on Saturday, losing 38-31 to Florida in the annual Red Bandanna game. The defense was once again the culprit surrendering over 500 yards of offense in the loss.

2. Noles speed was a problem: The one thing that really jumped out at me was how fast Florida State was in comparison. They out-athleted Boston College if that makes any sense. You especially noticed it on space plays. The Eagles couldn’t match up in the open field.

Addazio talked about how good the Eagles offense has been this season. “I love where we are on offense right now. A bunch of those guys are going to be back. We have talent.” Addazio went on to praise his offensive coaches. “Mike is doing a great job, our offensive staff is doing a great job.”

The future is bright on the offensive side of the ball and assuming Addazio and his staff are back next season, could be one of the best offenses in the country.

4. Special teams woes continue: The Eagles special teams have been an issue all season long and they were once again last season. The kick off team struggled yesterday as did kicker Adam Boumerhi, who missed another field goal. Special teams are a third of the game. If your specials don’t play well however, it is hard to win games.

5. Red Bandanna not on prime is a joke: I could break the game down further but I need to get this off my chest. This game should have been on prime time last night. You have a marquee opponent in town who regardless of the coaching change, still attracts a national audience. How does a game of such significance get trumped by a bad Clemson, N.C State game? I don’t get it. I really don’t.