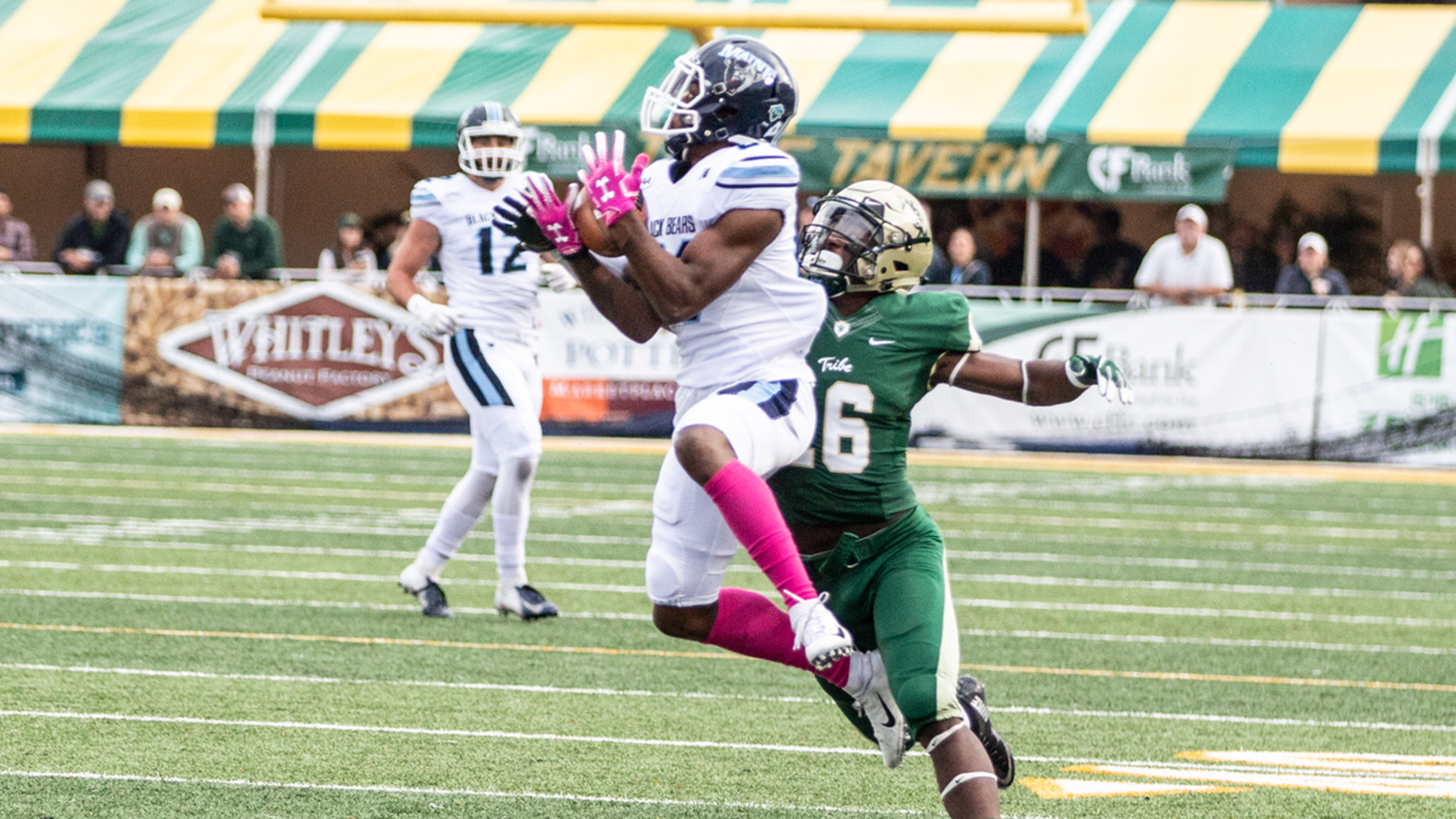 Earnest Edwards and the Black Bears could end up in a shootout at Nova today.

Time truly does fly. It is already week 5 of the college football season. It doesn’t seem that way considering it’s still September.

Here is our preview of all of the Division One games in New England this week.

Duquesne Dukes (2-1) at UNH Wildcats (1-2): The Cats got a much needed 27-24 win over URI last week. Thanks to a timely passing game and the running of senior running back Evan Gray, the Cats were able to squeeze one out at home.

Duquesne will be no walk in the park but this is a winnable game for the Cats so they should take care of business and get their second win of the season.

Maine Black Bears (2-2) at Villanova Wildcats (4-0): The Bears will have their hands full with the undefeated Wildcats. Villanova’s high powered offense was on display last weekend in a 52-45 overtime win over Towson.

Maine got two kick off returns last week from Earnest Edwards and beat Colgate 35-21. The Black Bears will need to make big plays on offense and in the return game this week if they want to have any shot at beating this Nova team. As good as Maine’s defense is, they have struggled thus far. They’ll have to play their best game today.

Stony Brook Sea Wolves (3-1) at URI Rams (0-3): URI has been competitive in their three losses but they have nothing to show for it. The Rams face a tough test at home today against a talented and explosive Stony Brook team. Stopping the running back tandem of sophomore running back Seba Nekhet and senior Isaiah White will be challenging for the Rams defense. They are different sized backs but explosive. That is why URI needs to make every offensive possession count. Stony Brook can control the clock with their running game. The Rams can ill-afford to fall behind if they want to win this game.

Holy Cross Crusaders (1-2) at Syracuse Orangemen (2-2): The Crusaders will have their hands full today against the Orangemen. The Crusaders have played well defensively thus far this season but points have been hard to come by.

If the offense doesn’t score early and get off to a good start, it could be a long day for Bob Chesney’s team. They just don’t match up physically.

Merrimack Warriors (2-2) at Lehigh Engineers (0-3): After scoring 76 points last week against NAIA member Mayville State, the Warriors will look to continue their new found offensive mojo against a Lehigh defense that has given up a lot of big plays thus far this season. Despite that, Lehigh poses a much different challenge than Mayville State. As we saw two weeks ago when the Warriors lost to St. Francis, the Warriors are far from a lock to win games in the Patriot League.

Colgate Red Raiders (0-4) at Dartmouth Big Green (1-0): The Big Green easily handled Jacksonville last week in their season opener. They should have no problems this week offensively against a Colgate team that has struggled thus far in all three phases of the game.