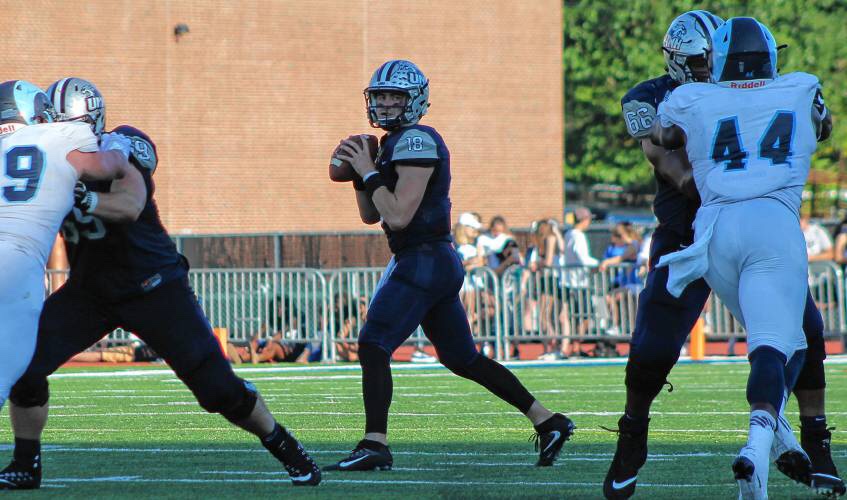 Week 4 of the season is upon us. There are three important game

Maine Black Bears (1-2) at Colgate Raiders (0-3): Maine is licking its wounds after getting blown out at home by Towson. Defense was Maine’s calling card last season, that hasn’t been the case thus far. They have give up 71 points in the last two games. Today’s game against Colgate offers them the best chance to bounce back and get to .500. It has been a struggle for the Raiders thus far. Maine should take care of business today.

Rhode Island Rams (0-2) at New Hampshire Wildcats (0-2): It’s the home opener for the Wildcats. After hard fought losses to Holy Cross and Florida International, UNH comes to face long time rival URI. The Rams are coming off a bye week. URI has also been competitive in losses to Ohio and Delaware. Offense hasn’t been the problem for the Rams. It has been there defense. That could an issue today now that the Cats are going to go with freshmen Matt Brosmer. Brosmer threw two touchdown passes last week and looked in command running the offense. He will be the man moving forward. Expect an entertaining game between these long time Yankee Conference rivals.

Brown Bears (0-0) at Bryant Bulldogs (0-3): Former Bryant coach James Perry takes on his former team in his first game as coach of the Bears. Perry will bring a wide open spread offense to Providence. The Bears don’t quite have the talent to execute the offense at high level yet but games like today will help the learning curve. It has been a tough start for Bryant and facing their former coach could make things worse. Brown should take care of business today ahead of their game with Harvard next week.

Holy Cross Crusaders (1-1) at Yale Bulldogs (0-0): Holy Cross has had two weeks to prepare for a Yale team that returns several starters from last season’s 5-5 team. Offense has been a problem for the Crusaders thus far through two games this season. The Crusaders have scored a combined 20’points. After a week off, Bob Chesney and his staff hope they have solved their problems. They better have because they will have their hands full with a Yale defense that is fast, athletic and can generate turnovers.