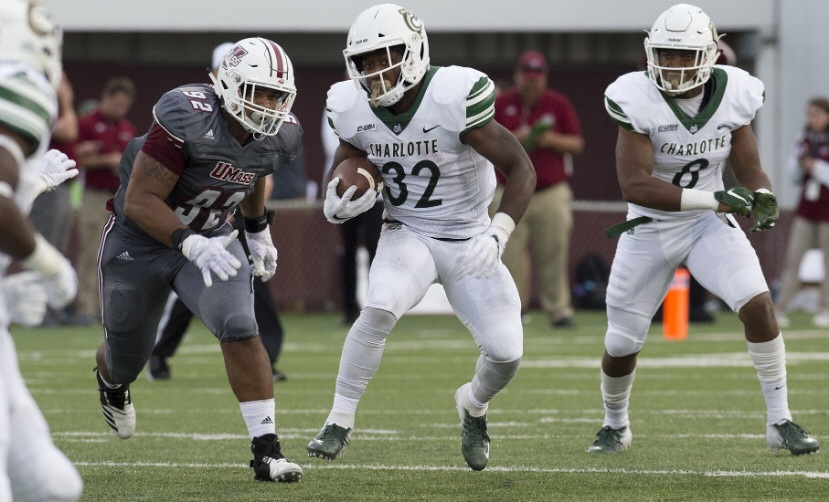 The Minutemen beat Charlotte in Amherst last season 49-31. UMass will look to bounce back from a bad loss to Southern Illinois last week. It has been a tough start to the season for the Minutemen, particularly the defense. UMass needs to turn things around and quickly otherwise a bad start could snowball into a bad season.

Here are three keys to the game.

1. Quarterback carousel: Both redshirt senior Randall West and junior transfer Andrew Brito are expected to play in this game. Walt Bell and his staff are going to gauge who is performing the best and go with the hot hand. It is not ideal but given the situation, it is the only way the Minutemen can operate right now.

2. Run the football: One of the ways Walt Bell can protect his undermanned defense is by running the football. UMass has to pound the rock and control the clock. If they do not and this game turns into a track meet again, the Minutemen are in trouble.

3. Play fundamentally sound on defense: Talent aside, the Minutemen need to get back to playing fundamentally sound football on defense. They need to do the little things right. Execute assignments. Take good angle and don’t miss tackles. It is easier said than done but a good starting point.

Won’t be easy. Charlotte has a high-powered offense, which leads Conference USA in scoring, rushing offense, and total offense. The 49ers have scored 40 or more points in consecutive games for the first time in six years.

Final score: Charlotte 49 UMass 24: I am essentially flipping the score from last season. Charlotte is good offensively. They will move the ball at will. UMass’ defense just doesn’t have the talent to keep up and make this a competitive game.