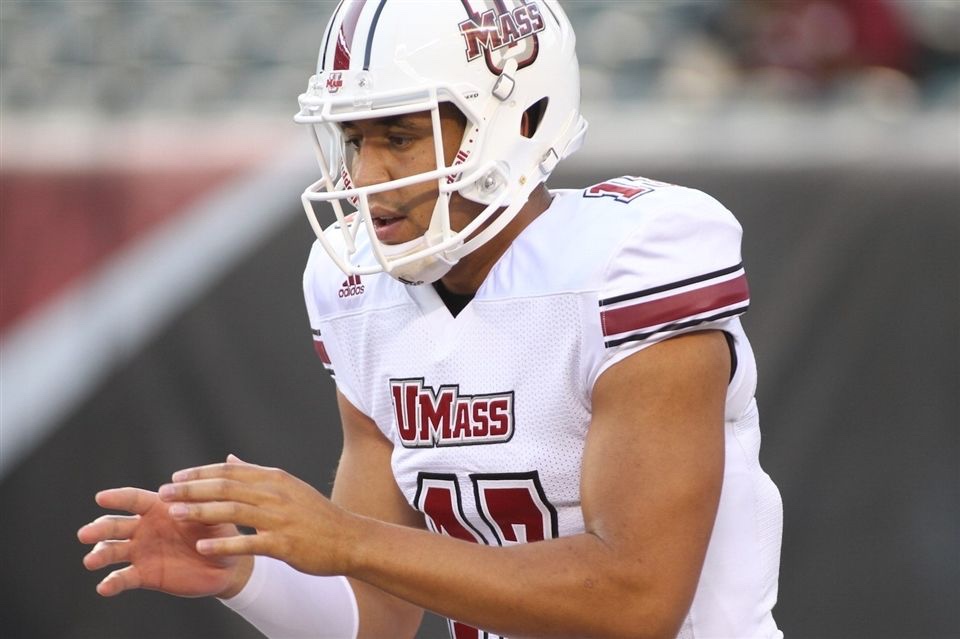 Randall West gets the first crack to lead the UMass offense.

Kick-off: The Walt Bell era kicks off in Piscataway, New Jersey tonight when the Minutemen face off against the Rutgers Scarlet Knights. It will be our first look at many of the new faces starting for the Minutemen.

1. Stop the Run: The Minutemen were awful against the run last season. Rutgers offensive coordinator John McNulty and his staff know this so they will come out looking to establish the ground game early.

2. Play fast: Redshirt senior Randall West will get the start at quarterback. He is a good fit in Bell’s uptempo offense because he is a dual threat quarterback and he is smart. That combination will enable UMass to play fast which pay dividends against a bad Rutgers defense.

3. Win the turnover battle: UMass can win this game but they cannot turn the ball over and they need to generate turnovers. If they can protect the ball and force Rutgers into mistakes, they’ll win this game.

Final score: UMass 38 Rutgers 35: I am picking Walt Bell and the Minutemen to win this game. Rutgers is not very good and while UMass is young, they are talented. The combination and of coaching and talent will add to a UMass win on the road against a Big Ten opponent.