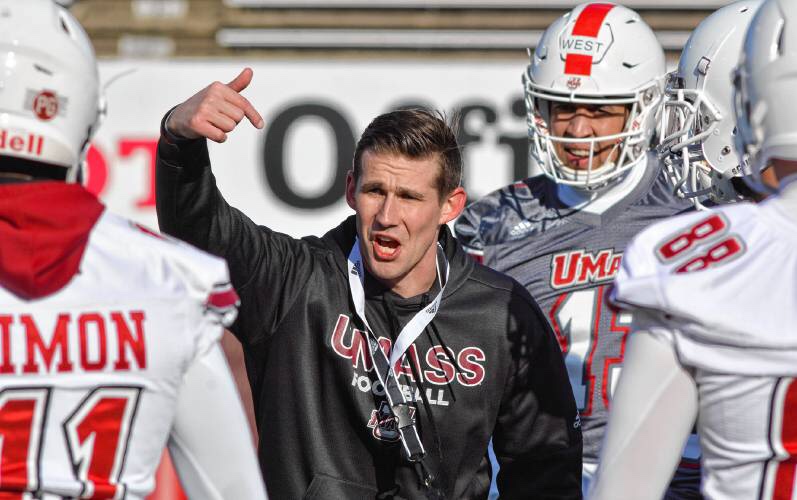 New UMass coach Walt Bell was hired to reinvigorate a program that was stuck in neutral under former coach Mark Whipple. One of the ways Bell plans to turn the program around is by installing a fast paced, up tempo, spread offense.

Bell was the offensive coordinator under Willie Taggert at Florida State last season where the Seminoles ran the “Gulf Coast” spread offense. Like most spread offenses, the Seminoles goal was to run 70 plus plays per game. Florida State struggled with the system but Bell has had success running the spread at other stops in his coaching career and this past spring he implemented a system that is predicated on multiplicity and playing fast.

Spread offenses have taken over at all levels of football. Playing with pace and using RPO’s is all the rage. The spread offense does not only give teams a competitive advantage on the field but it gives them an advantage off the field as well.

It is easier these days to recruit “spread” talent than it is to recruit talent for a multiple pro-style offense. Simply put. There are more quarterbacks and receivers out there than there are tight ends and offensive lineman. Bell and his staff have enough in-roads in the Mid-Atlantic states and Florida that they should be able to recruit spread talent.

The downside of running the spread is that everyone runs it so it does make recruiting competitive. Despite that, UMass has enough talent on hand that they can run the offense this season.

JUCO transfer Andrew Brito arrived this summer and is expected to be the presumptive starter. Brito is the best fit to quarterback the UMass offense. He is athletic and can throw from outside the pocket on designed pass plays and plays that have broken down. Junior wide receiver Jesse Britt could be one of Brito’s primary targets.

The spread offense could work at UMass but the program lacks the elite level skill to put big numbers with the offense. Despite that, expect the Minutemen to play faster and to be more aggressive this season. That alone will make this a more fun program to watch.