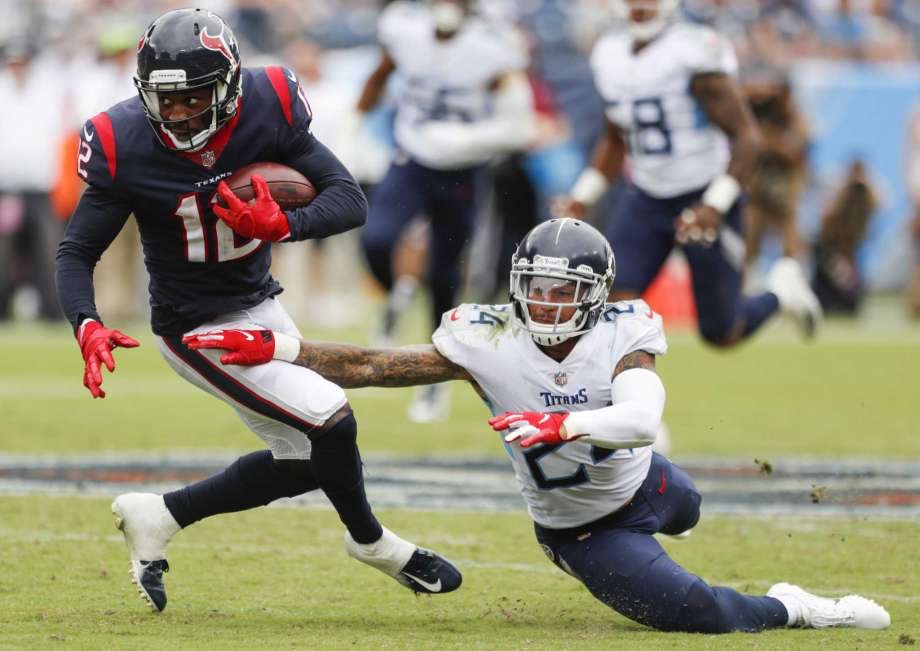 Bruce Ellington gives the Patriots a vertical threat and can return kicks.

The Patriots were busy on Wednesday and Thursday adding five new free agents to the roster. While many of these names may seem unfamiliar, they are players that could potentially fill key spots on the roster and the money is right.

Here is a breakdown of each free agent and what they bring to the table.

Bruce Ellington, WR,(1 year, $895,000): The former South Carolina Gamecock was drafted in the fourth of the 2014 draft by the San Francisco 49ers. Ellington has bounced around the league in his career playing for the 49ers, Jets, Texans and Lions.

At 5-9 200, Ellington is a vertical threat who runs good routes and can play in the slot or on the line. He can separate versus man coverage and has plus hands. Ellington is also a valuable kick returner who has averaged 7.8 per punt return and 25.6 yards per kick return.

Terrance Brooks, FS, (2 year deal): Brooks is another well traveled veteran who has experience playing in sub packages and on special teams. Brooks was originally drafted by the Baltimore Ravens in the 3rd round of the 2014 draft out of Florida State. He has played for the Ravens, Eagles and Jets. Brooks will play a prominent role as a core special trainer on kick-off, punt and punt return.

Maurice Harris, WR, (1 year deal): Harris is a big receiver at 6-3 200. Harris is entering his fourth season in the NFL out of Cal. He has played his entire career with the Redskins catching 40 passes for 432 yards and a touchdown. Harris primarily an X or R receiver who can play on the line. He has above average hands, shows good body control and can effectively high point balls in one on one situations. Harris most remembered in his career for making this catch.

Mike Pennel, DT, (2 year deal): I really like this signing. It harkens me back to when the Patriots signed Ted Washington. Pennel is massive at 6-4 332. The Green Bay Packers signed Pennel as an undrafted free agent out of Colorado State University Pueblo. Pennel originally played his college ball at Arizona State but kicked out of the program in 2012 for comments he made on twitter.

Pennel played for the Jets last season where he really blossomed. At 27, he is playing the best football in his career and is a great in the Patriots defensive scheme because he can play the 0 nose tackle or the shade 2i in a 40 front. Pennel will primarily play on first and second down.

Matt LaCosse, TE (2 year deal, $4.8 million): LaCosse is an intriguing signing. At 6-6 250, LaCosse is athletic, runs good routes underneath and can separate on seam routes. He has strong hands and breaks tackles after the catch. LaCosse played at Illinois and was signed as an undrafted free agent by the New York Giants in 2015. He played for the Giants (twice), the New York Jets and the Denver Broncos. Last season in Denver was his most productive season in the NFL. He caught 24 passes for 250 yards and a touchdown.

LaCosse has intriguing size and athleticism. While he struggles at times as a blocker, he is an upgrade over Dwayne Allen as a receiver.