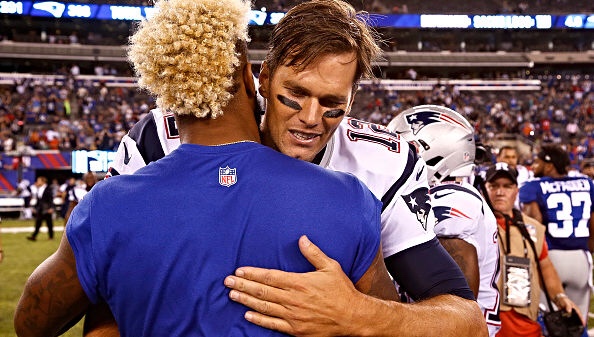 The Patriots reportedly made an offer to the New York Giants last summer for wide receiver Odell Beckham Jr. I have a hard time believing that the Patriots would make the kind of offer it would take to land Beckham. That is not the way they operate as an organization. Sure, Bill Belichick traded for Brandin Cooks but as we saw, that didn’t work out.

For all his faults, Beckham can fit in any offense. He is the most explosive receiver in the game. I don’t care what the offensive system is, Beckham would can play in it and produce.

The issue with Beckham is his antics and selfishness. Even if he was immersed in the Patriot Way, he would still complain publicly if he wasn’t getting the ball enough or about his role. I know people will point to Randy Moss and say that Bill Belichick can manage this type of player, but Moss was at a different point in his career when the Patriots acquired him. He was also older and more mature.

Belichick will do what ever it takes to make the roster better. It is always about winning. Belichick has never shied away from acquiring star players. If the deal was right, Belichick would pull the trigger. That being said, I have a hard time believing that the Patriots would pay the kind of price that it would take to pry Beckham from the Giants.

It will be interesting to see how this plays out moving forward. I don’t doubt that the Patriots are interested in Beckham but I also don’t see them giving up multiple picks to acquire him.