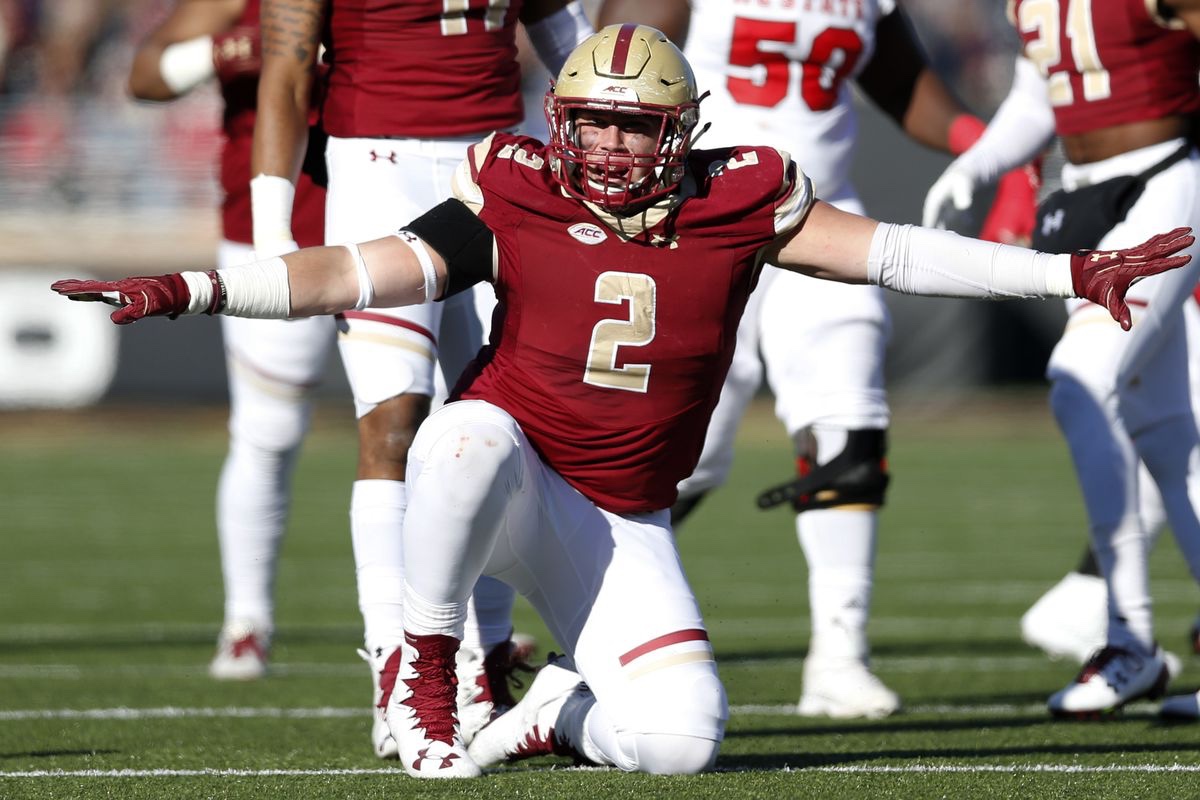 Boston College will have seven prospects test at the NFL Combine starting on March 1st. The seven players are the most in program history and top ten in terms of number of players attending the combine this year.

Zach Allen, Chris Lindstrom, Tommy Sweeney, Lukas Denis, Will Harris, Hamp Cheevers, and Wyatt Ray will all be representing BC in Indianapolis. It is an impressive group of talent. All seven players should be drafted in April’s draft.

It is obvious that Steve Addazio and his staff can recruit but it also begs the question. Why didn’t B.C win more than seven games last season? The Eagles certainly had enough talent. Twice they broke into the top 25 last season but inconsistency and injuries hurt them.

Having all of this talent represent your program is a good thing for the reputation of the program nationally but it is a double edged sword. One the hand, the Boston College is regarded as a program that develops NFL talent. On the other hand, the Eagles have underachieved in recent years and should be better.

Addazio will have to answer to this. Sure, the administration might be pleased with the job he is doing but Boston College fans expect more. They are not content simply being 7-5 and playing in a lower tier bowl. They want more. Given the amount of talent going to Indianapolis next week, you cannot blame.

The Boston College football program has historically attracted offensive lineman, defensive lineman and tight ends. The trend has changed in recent years however. More skill players have chosen to come to the Heights. With the uptick in talent, the Eagles should be better. It is great to get players and develop them but you need to win with them as well.

Coach Addazio and his coaching staff need to get more out the talent they are getting on the field. It is great to have so many players represent your program at the NFL Combine but if you aren’t winning game, it doesn’t really matter.