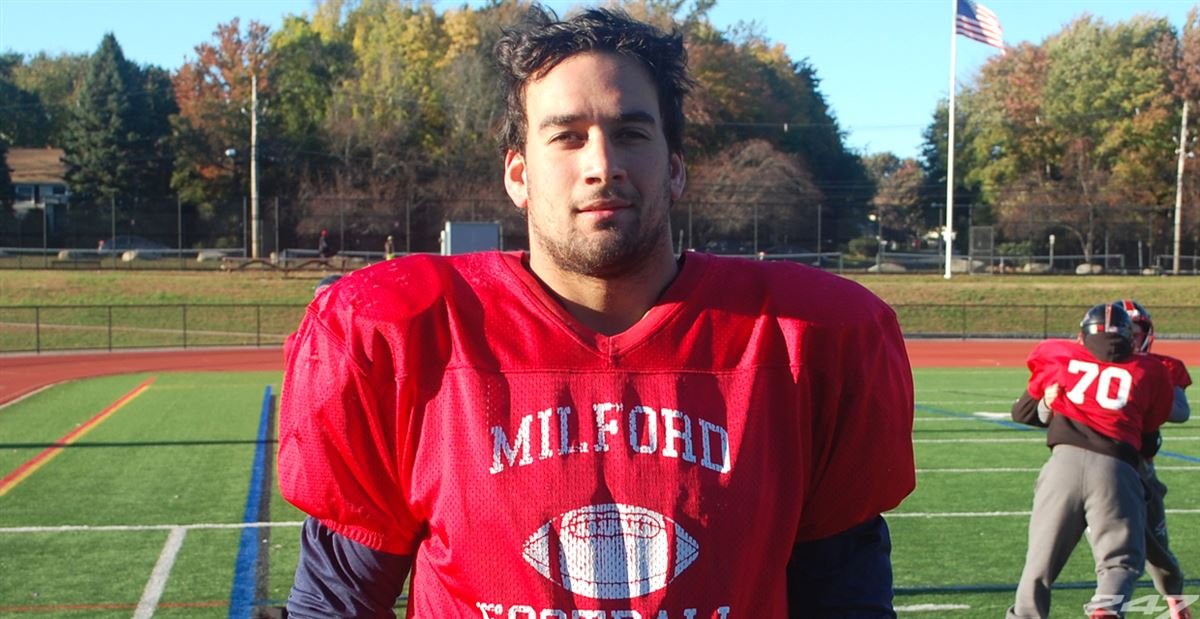 Former Millis and current Milford offensive tackle Kevin Pyne has verbally committed to Boston College. The 6-8 280 pound Pyne had offers from just about every major college football program in the country but ultimately decided to stay closer to home.

Pyne transferred to his home town high school, Milford High School from Millis High School prior to last season. He played for Millis his freshmen and sophomore year. Under the tutelage of former Millis coach Dana Olsen, Pyne developed into a legitimate division one prospect.

When evaluating Pyne, the physical tools are there but he will need time to develop fundamentally. Pyne is still growing into his frame and it shows on his highlight film at times. Once Pyne puts it all together however, he can be dominant. Especially as a pass blocker.

Boston College has a reputation for developing offensive lineman. Given the recent success of local products Chris Lindstrom and Aaron Monteiro, Pyne felt he can develop into an NFL caliber lineman if he went to Boston College. Lindstrom and Monteiro are expected to get drafted in April.

Pyne could have gone anywhere in the country,  but he chose to stay home. There is something to be said about that. He values his family and getting a quality education. Between that and playing in the ACC, choosing Boston College was a no brainer for Pyne. I have no doubt in my mind that Pyne will develop into a terrific player and help the Boston College football program. He made the right decision to commit now.