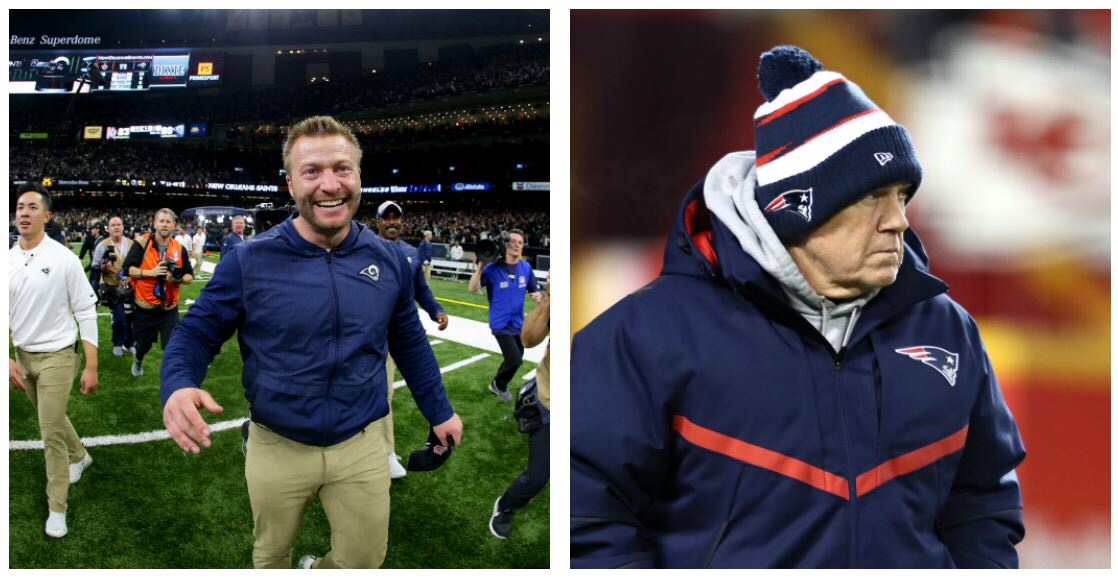 When the Patriots meet the Rams in Super Bowl LIII on Sunday, it will be a battle of the old guard versus the new guard. Baby boomer versus millennial. Genius versus prodigy. Any way you phrase it, Bill Belichick versus Sean McVay is a dream coaching match-up. The greatest coach of all time versus the new face of coaching.

Going into this season, Rams, Patriots was a popular Super Bowl pick. Both teams sport talented roster and are led by arguably the two best coaches in the NFL today.

Despite being well coached, It was not an easy road to Atlanta for either team, especially the Patriots. Thanks to the guidance of Bill Belichick and an experienced staff, the Patriots overcame inconsistency and struggles on the road to get to their third straight Super Bowl and fourth in five years.

The Rams struggled down the stretch as well losing games to the Bears and Eagles. Despite those losses, they were still able to lock up the number two seed in the NFC and position themselves to make a Super Bowl run.

When comparing these two coaches, there a lot of similarities. Both are excellent communicators and are well organized. There is no gray area when it comes to what the philosophy of the organization is and who is in charge.

Aside from age and experience, what makes them what makes them different is their area of expertise. Belichick is a defensive genius who has engineered some of the best defenses in NFL history. He is also known for getting more out of less. He doesn’t always have talented defenses but he seems to get a lot out of them.

When it comes to winning, no one does it better and more effectively than the Patriots. Whether it is throwing the ball and relying on Tom Brady or running the ball with Sony Michel, New England will cater its game plan to whatever works against any given opponent. The Patriots are constantly reinventing themselves on offense and defense and that is a testament to Belichick and his staff.

McVay is considered an offensive prodigy. He was born into the game. The grandson of long time NFL executive John McVay, Sean was destined for a career in the NFL.

McVay has a tremendous offensive mind. He understands concepts and how to apply them to his players. His recall of past games is legendary. He has a feel for the game like no other coach today.

Many people questioned whether or not a 32 year old head coach could manage all the talent and personalities on this current Rams team. McVay not only proved that he can, but he proved to that he can motivate them to compete at the highest level. It is a testament to McVay’s interpersonal skills and how he deals with and manages people.

Sunday’s game is a dream match up between two highly intelligent coaches who are at the top of their profession. Seeing them go head to head excites me and I cannot wait to see how this match up unfolds.