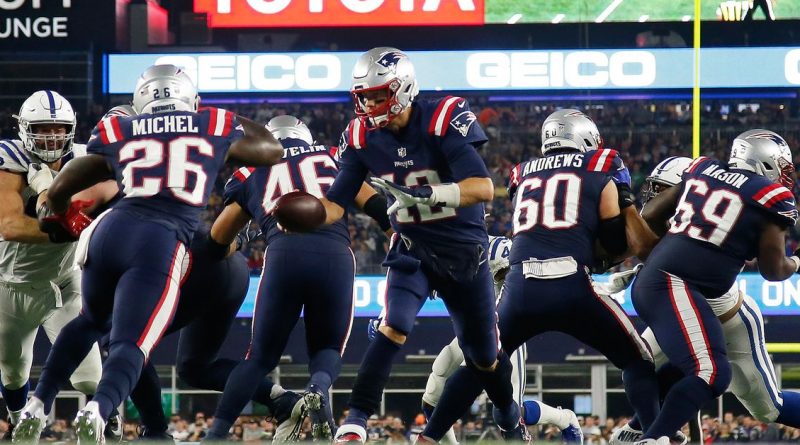 Games are won and lost in the trenches and Sunday’s game will be no different. If the Patriots want to beat the Rams, they are going to have to control the line of scrimmage.

Los Angeles has a good blend of youth and experience along the offensive line. Left tackle Andrew Whitworth, center John Sullivan and left guard Rodger Saffold are all amongst the best at their respective positions. The Rams offensive line as a whole is athletic and gets consistent movement, especially when they run inside and outside zone.

The Patriots offensive line has been fantastic in these playoffs. Tom Brady has yet to be sacked. Brady was sacked 21 times during the regular season, 14 fewer than last season.  They are playing at a high level right now both in the run game and in pass protection. You can make the case that this is offensive line coach Dante Scarnecchia’s best coaching job in years.

Blocking Ndamukong Suh, Michael Brockers and Aaron Donald won’t be easy however. All three cause problems for opposing offensive lines. They are quick off the ball and play with great leverage and power at the point of attack. Suh, Brockers and Donald complement each other well. Suh is long and strong. Brockers use his length well to stack and shed blocks. Donald is stout and explosive. They are good! The Rams defensive line will be the best defensive line the Patriots have seen all season long. Taking proper angles and being fundamentally sound will be a big key in this game for the Patriots offensive line.

It may seem like coach speak overload but winning the line of scrimmage is paramount to success on any given Sunday.  Games are won and lost up front. The Patriots know that all too well. They lost two Super Bowls to the New York Giants because they could not effectively pass protect. If they don’t want to relive that again this Sunday, they must win the battle of the trenches on both sides of the ball.