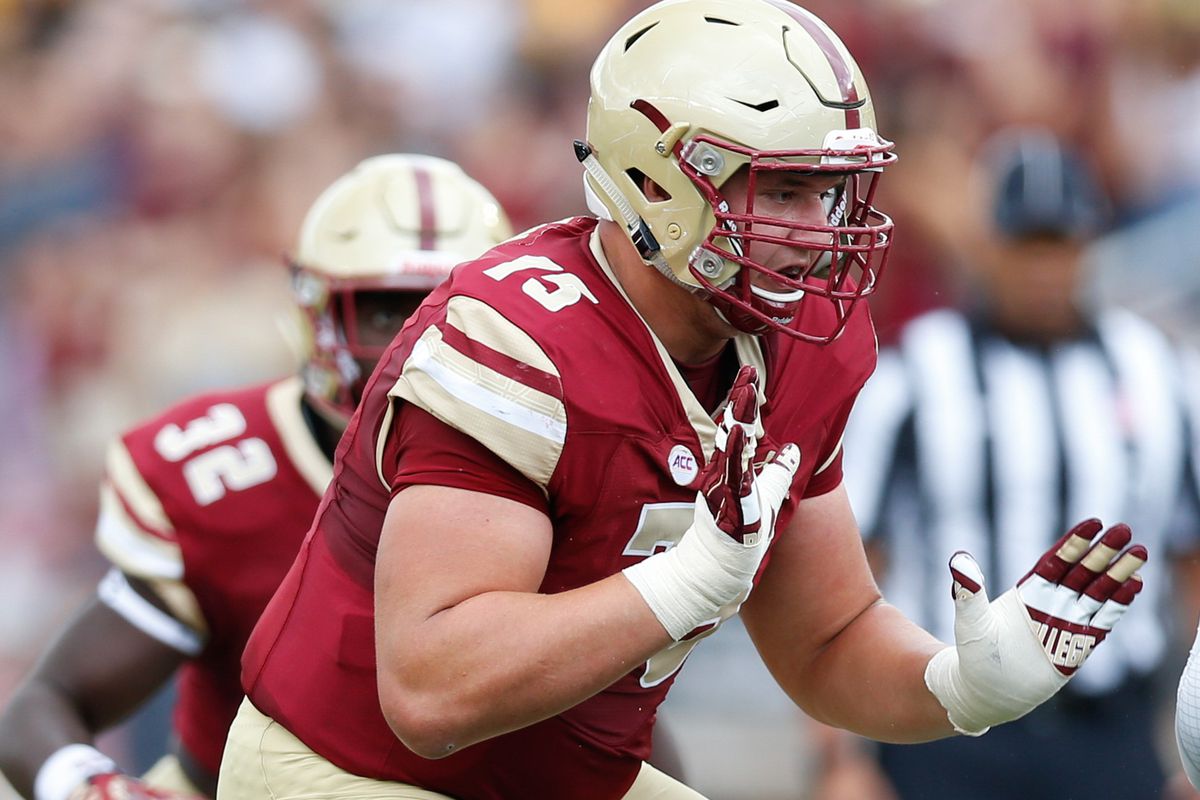 Boston College guard Chris Lindstrom has been turning heads during Senior Bowl practices this week. Lindstrom has dominated one on one drills and has stood out in inside running drills (9 on 7) and team period.

One notable observer is an NFL Hall of Famer. Former Bills, Panthers and Colts general manager Bill Polian raved about Lindstrom earlier this week on ESPN.

Polian pointed out several things that he liked about Lindstrom. He really likes Lindstrom as a run blocker because he gets separation and movement on contact. Polian also likes Lindstrom as an interior pass blocker. He highlighted his footwork and how he doesn’t give ground.

Polian’s comments are spot on. Lindstrom’s strengths are inside as a phone booth guard. He is strong on the point of contact as a run blocker. He gets inside hand placement and he uses his power and length to generate movement. Lindstrom doesn’t fall off of blocks and maintains positioning through the whistle.

Lindstrom is a fundamentally sound short area pass blocker. He punches and maintains position. He moves well laterally in short areas and can recoil and redirect when a defender disengages and tries to redirect as a pass rusher.

Lindstrom will have to prove that he can cut off speed rushers, especially when defenses kick defensive ends inside in sub packages. The lateral quickness is there but he needs to be more consistent.

Lindstrom’s stock is rising. Right now he projects as a day three pick (rounds 3 to 5) However, that could change after tomorrow.