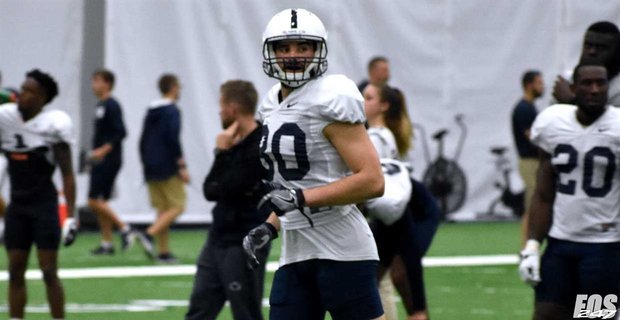 Former Marshfield High School star Danny Dalton announced on twitter last weekend that he was transferring from Boston College after graduating from Penn State in June. After a week of speculation regarding where Dalton would land, the redshirt sophomore announced that he is enrolling at Boston College.

The addition of Dalton is quality pick up for Boston College. Senior Tommy Sweeney was one of the top tight ends in the country the last two seasons so filling his shoes will not be easy. The Eagles have three tight ends they really like in Korab Idrizi, Jake Burt and Hunter Long, but Dalton is your classic move tight end who can create match-ups in 11 and 12 personnel. He will complement Idrizi, Burt and Long well.

Dalton almost committed to Boston College in 2014 but after drawing interest from other schools across he country, most notably Penn State and Alabama, Dalton chose Penn State. After a three year career in which Dalton only caught 3 passes for 19 yards, Dalton has made the decision to come home and revive his football career with the Eagles. He is in a good spot. Boston College employs multiple tight ends and the 6-4 251 Dalton gives them a versatile option.

Dalton probably could have gone elsewhere and started right away. He will have to compete for playing at the Heights but he has the work ethic and the drive to be successful. He will be plenty motivated. Dalton made the decision to come home and while some may crumble under the expectations of playing for your home town program, Dalton will thrive. Given how the past three years have gone for him on the football field, he has plenty of motivation. Having coached against Dalton, I know the talent is there. He just needs an opportunity to play and he will get that opportunity at Boston College.