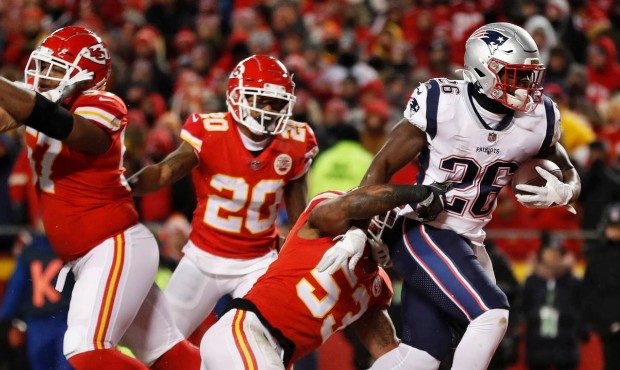 1. The offensive game plan was perfect: Offensive coordinator Josh McDaniels bottled up last week’s game plan against the Chargers and brought it with him to Kansas City.

The Patriots set a physical tone from the opening drive going 80 yards on 15 plays and scoring a touchdown. They used their running game and their three step and quick five step passing game to perfection.

Kansas City made some scheme and personnel adjustments to stop the Patriots running game in the second half but the Patriots responded by spreading them out, isolating Gronkowski and Edelman one on one and taking advantage of the the fact that they were in Cover 2 Man.

2. Brady solidifies his status as the GOAT: What more can Tom Brady do to solidify his standing as the greatest quarterback of all time? He was magnificent in the fourth quarter and in overtime. The three scoring drives he led the Patriots on were vintage Brady. He was in rhythm and on point. He systematically picked the Chiefs apart. Brady put on a clinic and reminded us once again of his greatness.

3. Gronkowski and Edelman were vintage: Rob Gronkowski and Julien Edelman once again proved that they Tom Brady’s most reliable targets. Other receivers and tight ends will come and go but when Brady needs to convert a key third down in a game, he looks to his two most trusted targets.

Gronkowski caught 6 passes for 79 yards and while he may be a shell of the player he once was, he is still a match up problem.

Edelman’s route running acumen was on full display throughout the game. Especially on the crossing route that the Patriots used to exploit the Chiefs when they were in Cover 2 man. Despite almost botching the punt return, Edelman was on point last night.

The Chiefs adjusted to Tyreek Hill being doubled by targeting Travis Kelce, Sammy Watkins and Damien Williams more. That got them back in the game but the Chiefs had to drive the ball more. They didn’t hit as many big plays. Andy Reid and this offense live on big plays. The Patriots limit them.

5. Doubters silenced: The Patriots once again silenced their doubters last night. America’s most hated team rose to the occasion and played their best game of the season. It is a credit to Bill Belichick and his coaching staff. They got this group to believe and believing in yourself is half the battle in football. As a result, the Patriots are making their third straight appearance in the Super Bowl. Sorry America. Your national nightmare continues.