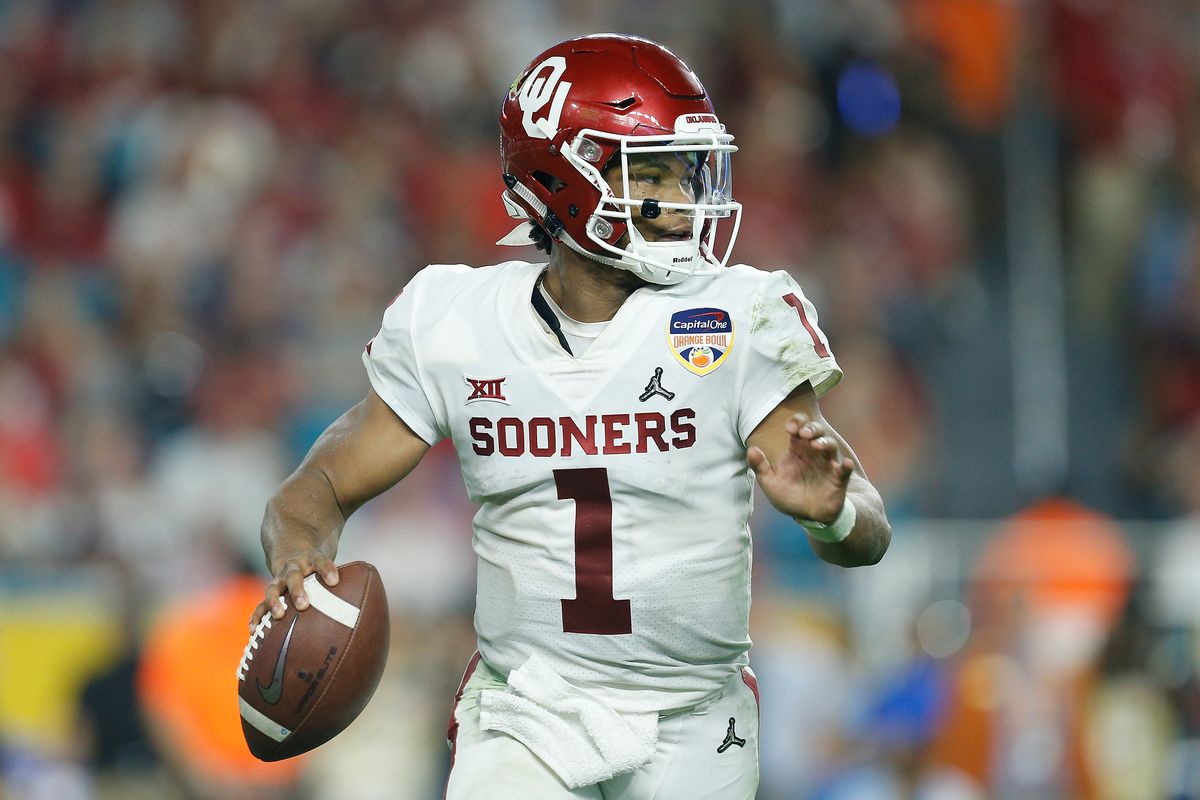 According to sources, the Oakland A’s expect 2018 first round pick Kyler Murray to enter the NFL. The Oklahoma quarterback and Heisman Trophy was selected ninth overall by the A’s and signed almost immediately.

It appears that Murray has had a change of heart however and has decided to put his baseball career on hold to pursue a career in the NFL. If Murray does indeed enter the NFL Draft, he will have to give back his $4.6 million dollar bonus. If Murray does indeed declare by Monday’s deadline, the A’s would lose out on a first round pick and get no compensation in return.

If Murray indeed enters the NFL Draft, he will certainly be a first round pick and could be in play to go first overall. Especially when you consider some of the recent comments made by former Texas Tech coach and newly named Cardinals coach Kliff Kingsbury.

Murray changing his mind and entering the draft is partly a byproduct of the fact that the 2019 quarterback class is subpar. Dwayne Haskins of Ohio State, Daniel Jones of Duke and Drew Lock of Missouri are all projected to go in the first round. Beyond those three quarterbacks, Murray would be he only other quarterback that merits first round consideration right now despite questions about his height.

His height is the one thing Murray has going against him. He is listed at 5-11 195 but I highly doubt he’s 5-11. 5-9 is probably a more accurate number. There will be teams that will be fine with his height and there will be other teams that won’t consider drafting him because of it.

The other element to all of this is style of play offensively. Whichever team drafts Murray, will have to employ a spread, RPO offense. That isn’t as much of an issue these days because the NFL is transitioning to that style of play but some teams still like to get under center and throw from under center.

It is obvious Murray enjoys playing football and sees himself in the NFL. He is a tremendous athlete who is confident in himself and his abilities despite questions about his size. Given the success of Drew Brees, Russell Wilson and Baker Mayfield, smaller quarterbacks can play and succeed in the NFL. Murray wants to prove he can succeed as well.