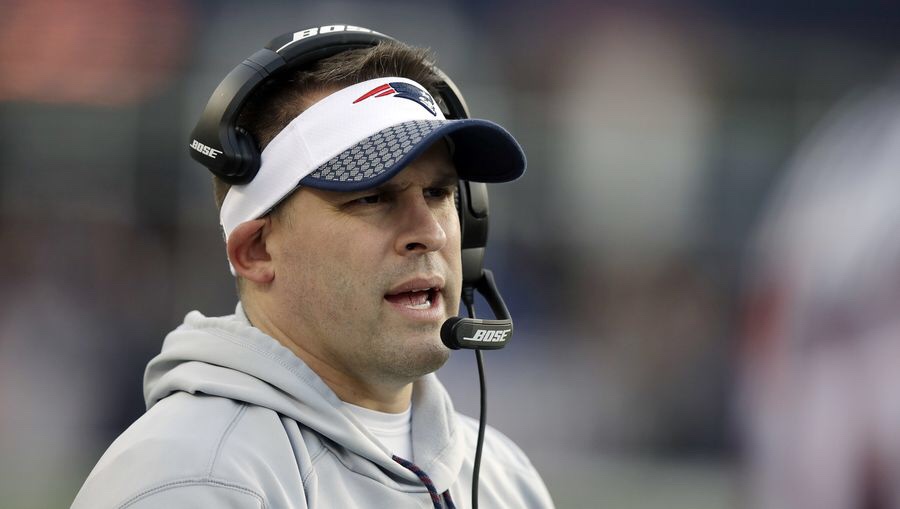 Patriots offensive coordinator Josh McDaniels announced on Tuesday that he is not taking anymore head coaching interviews and that he plans on staying in New England for the 2019 season.

McDaniels interviewed for the Green Bay Packers opening last week but the Packers settled on Tennessee Titans offensive coordinator Matt LaFleur on Monday. McDaniels was the presumed front runner for the position but the Packers opted to go with the relatively unknown LaFleur.

McDaniels did announce last week that he would only interview for openings that interest him. He backed that up by turning down an opportunity to interview with the Cincinnati Bengals.

Once the Packers bypassed McDaniels, he saw the writing on the wall and knew he wasn’t going to get a job this off-season so he pulled out of the coaching market and announced that he was staying in New England next season.

The fact that McDaniels was still considered a head coaching candidate after leaving the Colts at the alter last off season is remarkable but that’s today’s NFL. McDaniels is an offensive coach and has a proven track record. That is all that matters to owners.

McDaniels will be a head coach again. The question remains however; will it be in New England or elsewhere? We will have to wait until next off-season to see what openings there are and if they appeal to McDaniels.