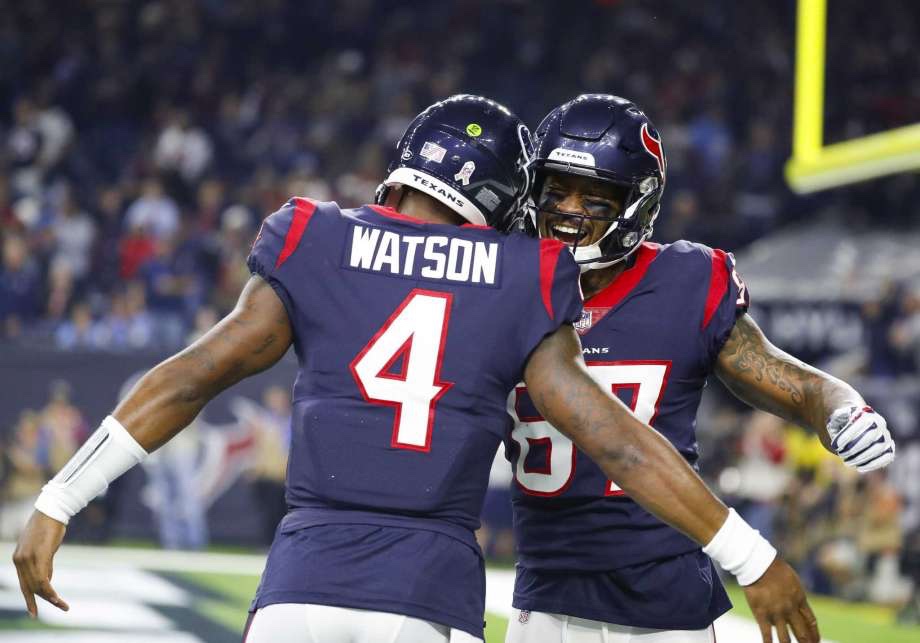 Deshaun Watson and the Texans would be the best match up for the Patriots in the divisional round.

The Patriots secured the number two seed as a result of their win over the Jets last weekend. Like most of us, they are going to be watching the playoffs this weekend.

We have a rooting interest in who we want the Patriots to play, however Bill Belichick, his staff and the players will play whomever advances. Even if they had a preference, they wouldn’t tell us. They don’t tell us anything.

So, without further ado. Here is who I think are the best match up for the Patriots next weekend.

Houston Texans: The Patriots beat the Texans 28-21 in week one. The Texans have a talented roster but for whatever reason, they don’t match up with the Patriots. They haven’t in recent years.

Houston has been able to score points against the Patriots but they can’t stop them. The Patriots do a great job of attacking Houston’s secondary in all three levels. The Texans don’t match up with Julien Edelman and Rob Gronkowski.

The Patriots might not be equipped to win a shootout in Kansas City but they can win a high scoring game against Houston at home.

Indianapolis Colts: Indianapolis is playing about as well as any team in the league right now and that makes them dangerous this time of year.

The Patriots beat the Colts 38-24 in week five. Tom Brady threw for 341 yards and three touchdown passes. He also threw two interceptions including a pick six.

The Colts got off to a 1-5 start but proceeded to go 9-1 in their last ten games. They are confident right now and are “feeling” it. The difference in a match up against the Colts would be the Patriots experience and mental edge, especially at home. That would tough for the young Colts to overcome.

Could Go Either Way

Los Angeles Chargers: The Chargers have arguably the most talented roster, top to bottom of any team in the playoffs. They will pose problems for the Patriots offensively and defensively.

Offensively, the Chargers are balanced. They can run and throw the ball effectively. They have an elite skill group that is deep and talented. The key as always with the Chargers is Phillip Rivers. If Rivers is on, Los Angeles is tough to defend. The good news, Rivers has struggled of late and that makes the Chargers vulnerable.

Defensively, the Chargers pose problems at all three levels. They can rush the passer consistently and they have a ball hawking secondary led by cornerback Casey Hayward and rookie safety Derwin James. This unit would give Tom Brady and company problems, especially with all of the different looks defensive coordinator Gus Bradley will give them.

Baltimore Ravens: The one team Patriots fans don’t want to face. Why? The Ravens have won in Foxboro in the playoffs before (2009, 2012). They are also not afraid of the Patriots mystique. John Harbaugh, his staff, Terrell Suggs and Marshall Yanda have all won in Foxboro before.

The Ravens are physical and they impose their will on opponents physically in all three phases of the game. Their offense is unconventional. It is a run first offense philosophy that feature the quarterback. Lamar Jackson is a threat and has to be accounted for. That makes them tough to defend.

Defensively, Baltimore was the number one ranked defense in the league this season. First year coordinator Wink Martindale did a great job of preaching physicality while mixing up fronts, coverages and pressures. The Ravens wear teams down!

Kansas City Chiefs: The Patriots won a week six shootout at home 43-41. That was in Foxboro. The Chiefs are a completely different team at home. They would have a distinct advantage against a Patriots team that went just 3-5 on the road this season.

Offensively, Kansas City sports the NFL number one ranked offense. Patrick Mahomes threw 50 touchdown passes in his first year as a starter and is the front runner to be named league MVP. The Chiefs can score on any given play and despite losing starting running back Kareem Hunt, they remain one of the league’s most explosive offenses.

The only reason the Patriots would have a shot to win in Kansas City is the Chiefs defense. They have been awful the past four weeks. Kansas City is giving up 5.0 yards per carry to opposing running backs. In theory, the Patriots could pound them and play keep away if they had to in a rematch.

All of these teams would be tough to beat regardless of who comes to Foxboro next week. However, as we all know. Not every opponent is created equal. The Texans and Colts would be better match ups but the Patriots cannot control who they play. They can only control what they do and that is to prepare for whom ever visits Foxboro next Sunday.