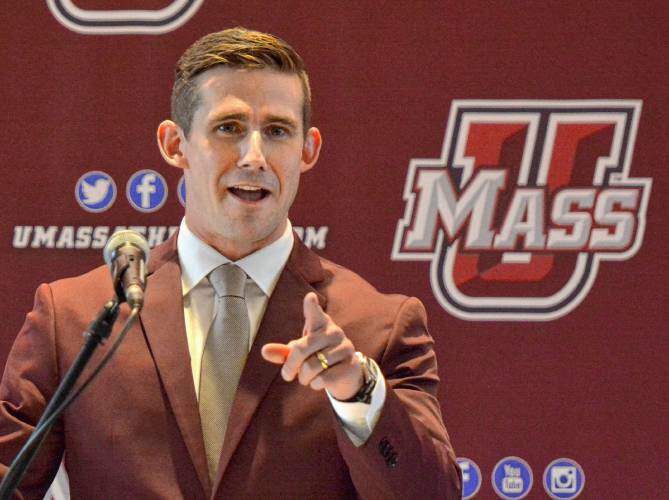 When UMass announced the hiring of new head football coach Walt Bell on December 3rd, the move was met with some hesitation. At 34, Bell is the youngest head coach at the FBS level.

Bell is an innovative coach well versed in the spread offense. He will run a variation of the spread and the Gulf Coast offense (Taggert’s version of the spread). UMass may not have all of the pieces in place to effectively run the offense but Bell is a strong recruiter so expect that to change in the next year or so.

Bell has recruiting ties in the Mid-Atlantic and Florida. Ties that quite frankly were not there with Mark Whipple and his staff. Bell and his staff will use those ties to upgrade the talent level on the roster.

UMass still has a long way to go when it comes to competing nationally. The program is still independent and while the facilities are better, they are not on par with some of the other mid-major programs around the country.

Bell will inject some enthusiasm into the program. As good a coach as Mark Whipple was, it had gotten stale. The program was stuck in neutral and perennially a four to five win team.

UMass has been here before. Charley Molnar, Whipple’s predecessor was also a decorated offensive guru with recruiting ties as well. Molnar’s two year tenure at the school was a disaster.

The administration at UMass hopes it has found the right coach in Bell to take the next step as a program. They are committed to building a winner and if Bell is given the time and resources, he can build a consistently competitive program at UMass.