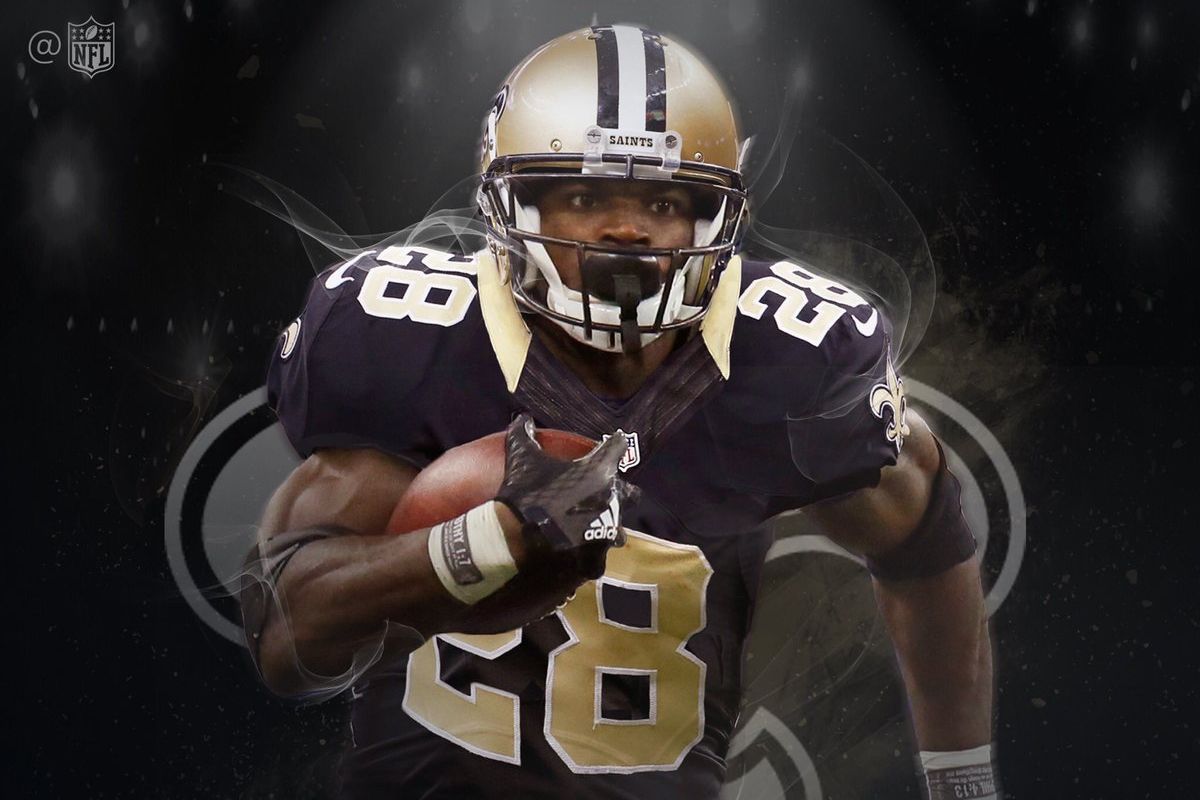 I am scratching my head as to why the New Orleans Saints would sign Adrian Peterson. Peterson is no longer an elite running back. That is why the Saints signing him to a two year deal makes no sense to me. Especially when you consider the fact that the Saints already have a lead back in Mark Ingram.

The 32 year old Peterson is not the same back he was three years ago. Thanks in large part to an average of 19.7 carries per game and two significant knee injuries, Peterson is a shell of the back he once was. The Saints are banking on Peterson being rejuvenated because he will be splitting carries with Ingram but it might not matter given his age and wear and tear.

Here are three reasons why signing AP is bad for the Saints.

1. He’s Adrian Peterson! Do you really see Adrian Peterson taking a back seat to Mark Ingram? I don’t. Peterson still believes he is a productive player and he has a lot of pride. He will not take a back seat to Ingram. Even if he gets the majority of the goal line carries, Peterson will still not be happy. This situation could get contentious pretty quickly. Unless of course Ingram concedes the starting running back job and a takes a different role. Then it might work.

2. The Saints Are a Pass First Team: The Saints are a pass first team. Sure, Sean Payton would love to be able to pound the ball but when you have Drew Brees and one of the best young skill groups in the NFL, you are going to throw the football. Peterson brings nothing to the table in the passing game. Conversely, Ingram is a good receiver out of the backfield and a good pass blocker. It would make sense if he transitioned over to more of a third down role. Again, this situation could get contentious because of who touches the ball and who doesn’t.

3. The Saints Are a Middle of the Pack Franchise: The Saints are caught between a rock and a hard place. They are a meddling franchise that is somewhere between contending and rebuilding. They should be looking to get younger so that they could lay the foundation for a rebuild. Signing Peterson makes zero sense to me. It is an odd move for a franchise that traded Brandin Cooks because they didn’t want to sign him to a new deal after 2017. Why then waste money on an aging running back who is no longer an elite player? Again, it makes no sense.

If Adrian Peterson had waited until after the draft, he probably would have gotten a better offer from a team that is a better fit for him. The Saints are not a good fit. Then again, Adrian Peterson isn’t a good fit for them so none of this makes any sense whatsoever.