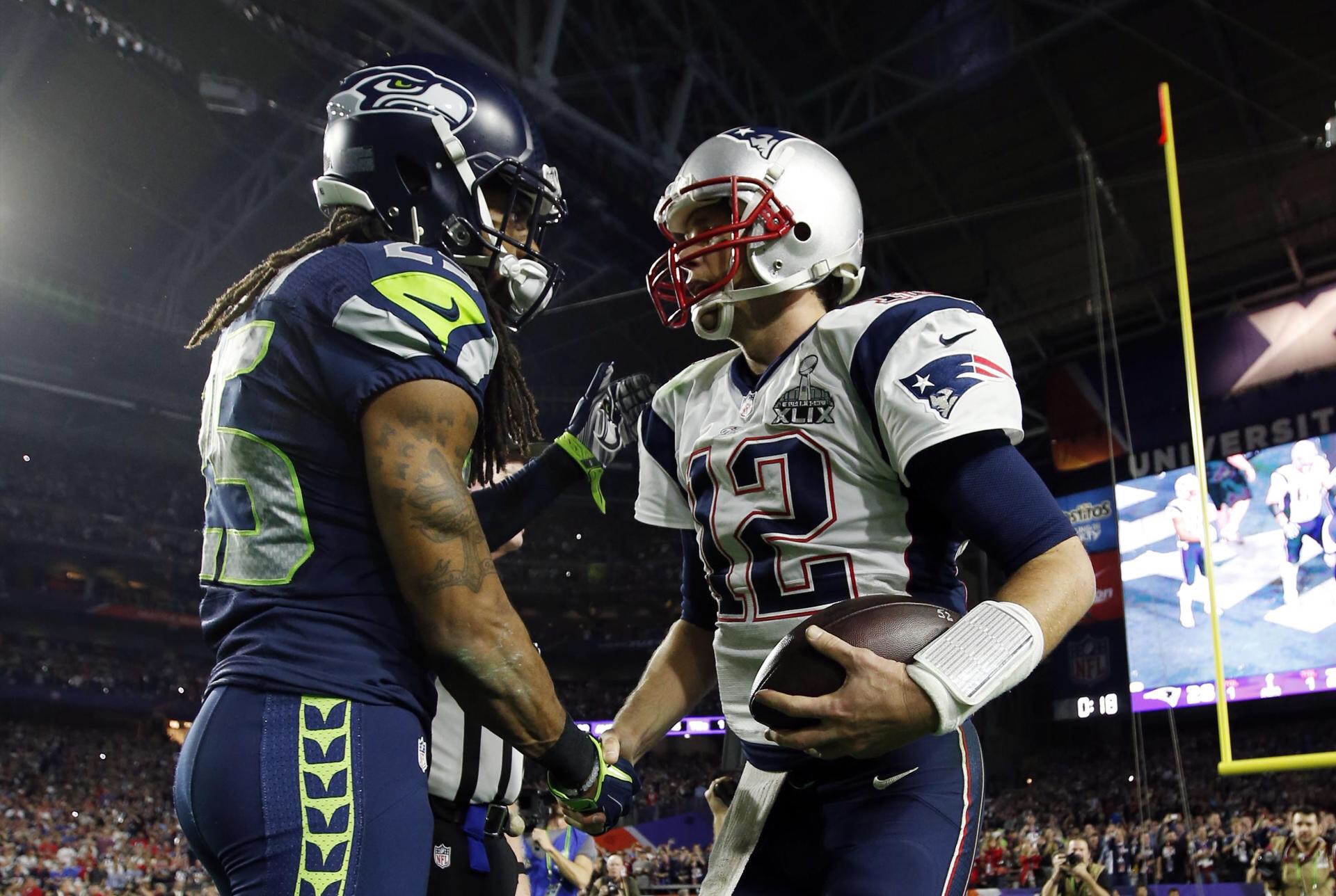 The Patriots are among a handful of teams that have expressed an interest in the all pro cornerback. Sherman himself is rumored to be open to the idea of playing for the Patriots.

So, how would Sherman fit in? He would be a great fit. Schematically, he is a squat Cover 2 who can press and trail effectively. He can be physical at the line of scrimmage but he is also capable of playing loose in Cover 3 and quarters. He is a very instinctive player.

Sherman is not only versatile in terms of scheme but he is also an intelligent player who fits what Bill Belichick looks for from an I.Q standpoint. He is smart and understands football something Belichick puts a premium on.

As far as how he would fit in. Aside from the theatrics and the occasional grandiose statement, Sherman would fit in just fine with the Patriots. He is a good football player who is competitive, smart and talented. He wants to win. Those are the type of players Belichick wants.

The Patriots are currently in a holding pattern with Malcolm Butler. They want him back but if Butler were to sign an offer sheet elsewhere, the Patriots have his replacement in sight. It is just a matter of making the compensation work.

Where there is smoke, there is fire. The Richard Sherman rumors are true. Let’s see if Sherman coming to New England ever becomes a reality.