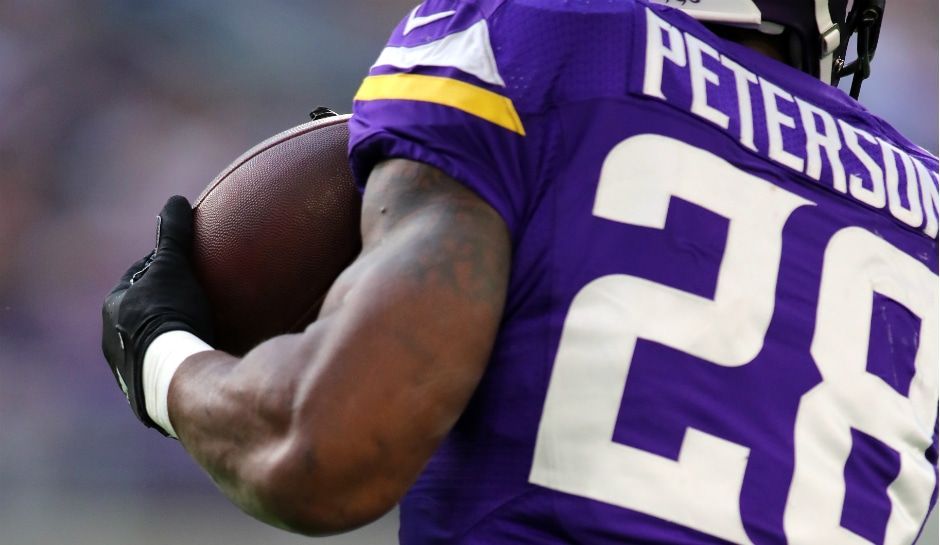 Its been about three weeks since sources reported that free agent running back Adrian Peterson expressed an interest in playing for the Patriots. Fast forward to today and the Patriots hosted the veteran running back at Gillette Stadium.

The Patriots hosting Peterson is not a surprise nor is it a big deal. Bill Belichick is doing his due diligence and checking in with the veteran running back. For all we know, maybe Peterson is interested in playing for the Patriots and has lessened his financial demands. I can tell you this much. The Patriots would not be hosting Peterson if he still wanted $8 million per season.

Patriots fans have mixed feelings on Peterson. Some are excited about the possibility of Peterson playing in the same backfield as Tom Brady while others are more realistic and feel that his best football might be behind him. Other fans are concerned about how a Peterson signing would impact newly signed Rex Burkhead. As if Burkhead is an elite running back whose carries would be cut because of Peterson. Give me a break!

Regardless of what people think, Peterson is a terrible scheme fit for the Patriots. He is ideally suited to play in a system where he will be featured out of two back sets. The Patriots are at their best when they use 11 personnel and line up in spread formations. Could Peterson play in the Patriots offense? Sure, but unless he is willing to accept a reduced role and play in a system which doesn’t lend itself to his running style, he can’t play in New England.

Belichick is just kicking the tires. There is no way the Patriots sign Peterson. You can never say never with Belichick but I would be surprised if we see Peterson in a Patriots uniform in 2017.