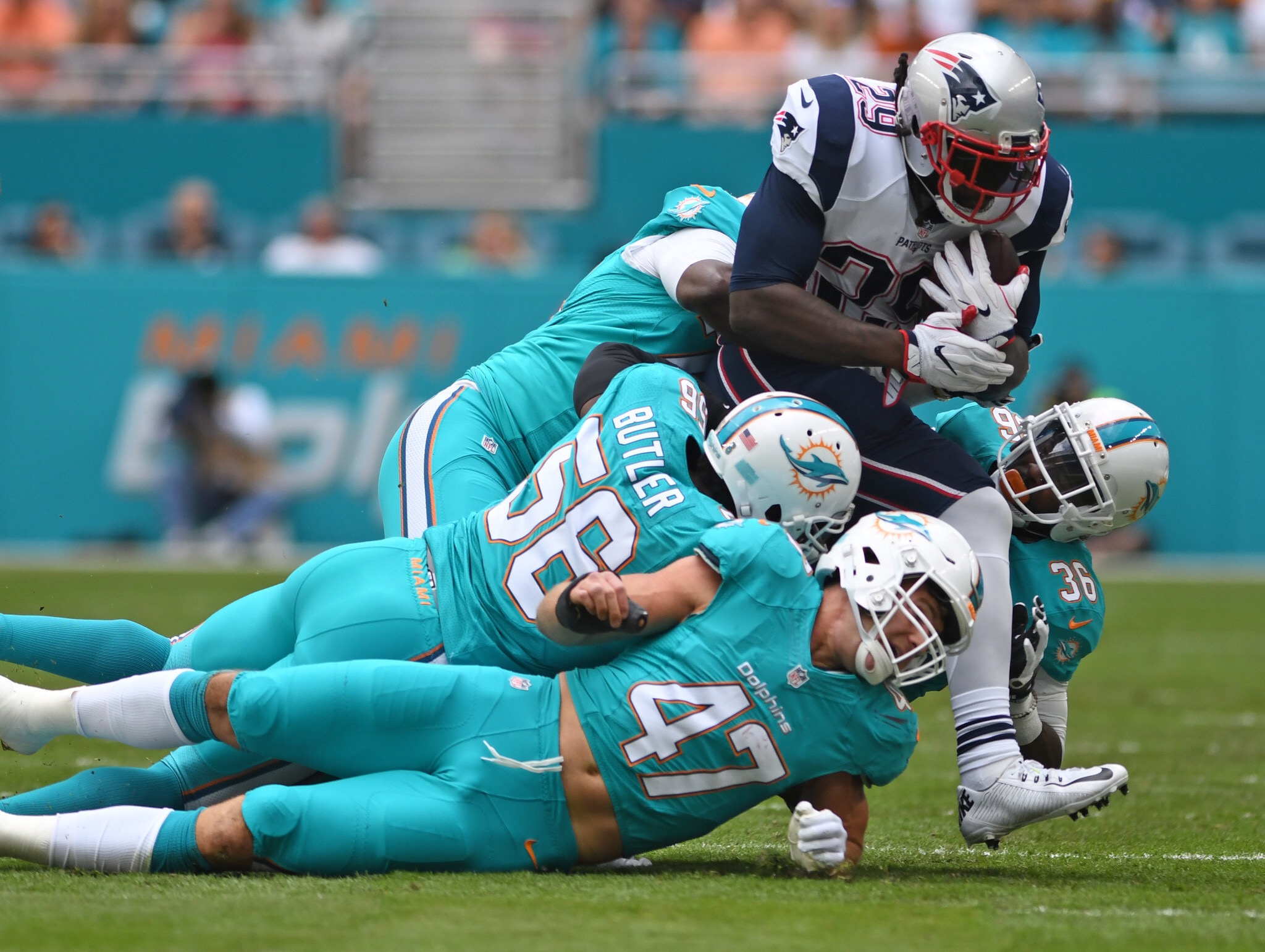 Game Rewind: The Patriots scored on the opening drive of the game and never looked back in a dominate 35-14 over the rival Miami Dolphins. With the win, the Patriots secured the number one seed in the AFC.

Here are five thoughts from the game.

1. Got the Win and Left Healthy: Bill Belichick couldn’t have asked for a better outcome. The Patriots played well, got the win and left town healthy. What more can you ask for? It all lined up perfectly for the Patriots.

2. Edelman Was a Monster: Julien Edelman has had an up and down season but he came up big today. Edelman played like a man posssesed catching 8 passes for 151 yards and a touchdown. The touchdown was a 77 yard score which is the longest of his career.

Edelman hasn’t been the reliable target we’re accustomed to seeing this season but he appears to be rounding into form and finding his groove at the right time.

3. Welcome Michael Floyd: Michael Floyd scored his first touchdown as a Patriot on a 14 yard touchdown pass from Brady. Floyd showed great effort and desire on the touchdown but that wasn’t his most impressive play of the day.

Floyd laid out Dolphins cornerback Tony Lippett on Edelman’s 77 yard touchdown reception. It was the best block I’ve seen all season by a receiver at any level.

Floyd has bought in and based on today’s performance, he’s poised to be a major contributor in the playoffs.

4. Brady Was Brady: What more can you say about the GOAT. He finished 25/33 for 276 yards and 3 touchdown passes. Brady finished his abbreviated season throwing 28 touchdown passes and 2 interceptions. Brady is the front runner for league MVP and given his performance today, you can see why.

It’s unbelievable when you think about the fact that we didn’t even know if Blount would make the team out of training camp.

Blount has had a great season and he is an integral part of the Patriots offense heading into the playoffs.