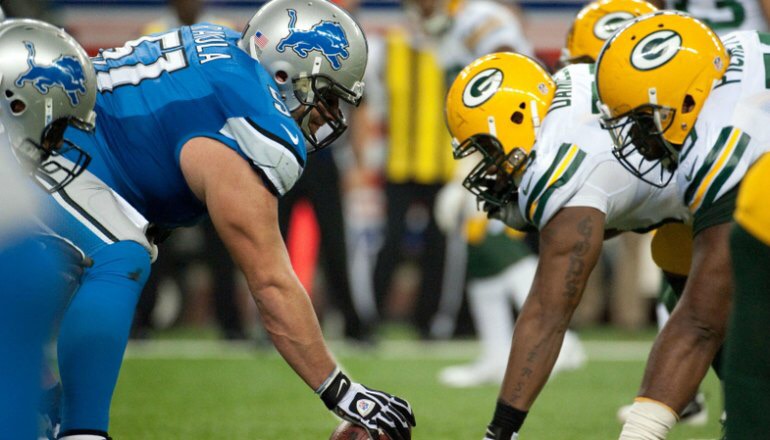 The Packers and Lions will play for all the marbles in the NFC North tonight.

1/1 1:00 ET At Tennessee -3.5 Houston 40.5: The Texans have looked up the AFC South but another win could potential improve seeding and it makes Bill O’Brien look good. The Titans are favored by -3.5 but I’m taking the Texans as a road dog. The Titans cannot win this game without Marcus Mariota.

1/1 1:00 ET Buffalo -3.5 At NY Jets 42.5: Anthony Lynn will make a favorable impression on the Pegula’s by leading the Bills to a win against his former employer. Take the Bills as a road favorite.

1/1 1:00 ET Baltimore -1 At Cincinnati 41.5: I’m going to take the home standing Bengals in this one as a home dog. This is an AFC North pride game. You always play the home team in these types of games.

1/1 4:25 ET At Washington -7.5 NY Giants 45: The Redskins need to win to get in. The Giants are already in the playoffs and may not play all their starters. That’s why I’m putting the easy money on the Skins. They’ll win and they’ll win by two scores.

1/1 1:00 ET At Indianapolis -4.5 Jacksonville 47: The Colts are another franchise that could experience a shake up.

Owner Jim Irsay is going to be looking to see how his team plays today before making any decisions. I think the Colts will play well and win but I still think Irsay will make changes. -4.5 is a manageable number for a home favorite. Take the Colts.

1/1 1:00 ET At Philadelphia -5.5 Dallas 42.5: The Cowboys have clinched everything. They don’t have to play anyone. Take the Eagles in this one. The number is an easy take and the Eagles are good at home.

1/1 1:00 ET At Minnesota -6 Chicago 43: PRIDE GAME. The Vikings will win the game but it will only be by a field goal. The Bears will play them tough. Take Chicago as a road dog in what should be an ugly game.

1/1 1:00 ET At Tampa Bay -4 Carolina 46: The Bucs need to win to keep their slim playoff hopes alive. I like that they are favored by less than a touchdown.

That’s why I’m putting my money on them to sweep the season series and get a much needed win.

1/1 1:00 ET At Pittsburgh -5.5 Cleveland 42.5: No Ben, no Bell, no Brown. That’s why I’m taking the Browns as a road dog. I don’t think they’ll win the game but they’ll make it awfully close. Pittsburgh wins by a field goal in what should be an ugly game.

New Orleans isn’t going down without a fight, especially because this could be the last game for Sean Payton and Drew Bree’s together.

I think the Saints will give Atlanta all they can handle and make them sweat. Take the Saints as a road dog in what could be a 34-31 type of game.

1/1 1:00 ET New England -9.5 At Miami 45: The Patriots have struggled in Miami through the years so if Patriots fans are expecting them to win easily and lock everything up, they are sadly mistaken. It won’t be easy.

These aren’t your daddy’s Dolphins. Adam Gase has them playing hard and believing in themselves. Miami is in the playoffs but they have plenty to play for.

I think New England will win this game but it’ll be tight. That’s why I’m laying the cash on the Fish. I like the Patriots by four but I’m taking the Dolphins as a home dog.

1/1 4:25 ET Arizona -6.5 At Los Angeles 40.5: The Rams quit six weeks ago. The Cardinals are still playing hard for Bruce Arians. Arizona will finish the season on a two game winning streak. I’m taking the Red Birds as a road favorite in this one.

1/1 4:25 ET Kansas City -4.5 At San Diego 44.5: The Chiefs have plenty to play for in this game from a seeding standpoint. The Chargers on the other hand are playing their last home game in San Diego (I believe they are gone)

This is a no brainer play for me. I’m taking the Chiefs as a road favorite. Kansas City is playing some good football right now and they are dangerous heading into the playoffs.

1/1 4:25 ET Seattle -9.5 At San Francisco 43: Now that Niners GM Trent Baalke and Chip Kelly know they are done, they will look to get through today and get out of dodge.

The Seahawks need this game so I expect them to show up and destroy the hapless 49ers. Seattle covers easily.

1/1 4:25 ET At Denver -1.5 Oakland 40.5: The Broncos will not roll over and play dead today for the Raiders. The defending Super Bowl champs have too much pride. I think the Broncos will beat Oakland. I am putting my money on the Broncos as a home favorite.

Detroit is limping in both figuratively and literally. They are banged up and they are not the same team they were a month ago.

Green Bay is healthier and playing better. I’m laying my cash on Aaron Rodgers and company as a road favorite. Green Bay wins by a touchdown.