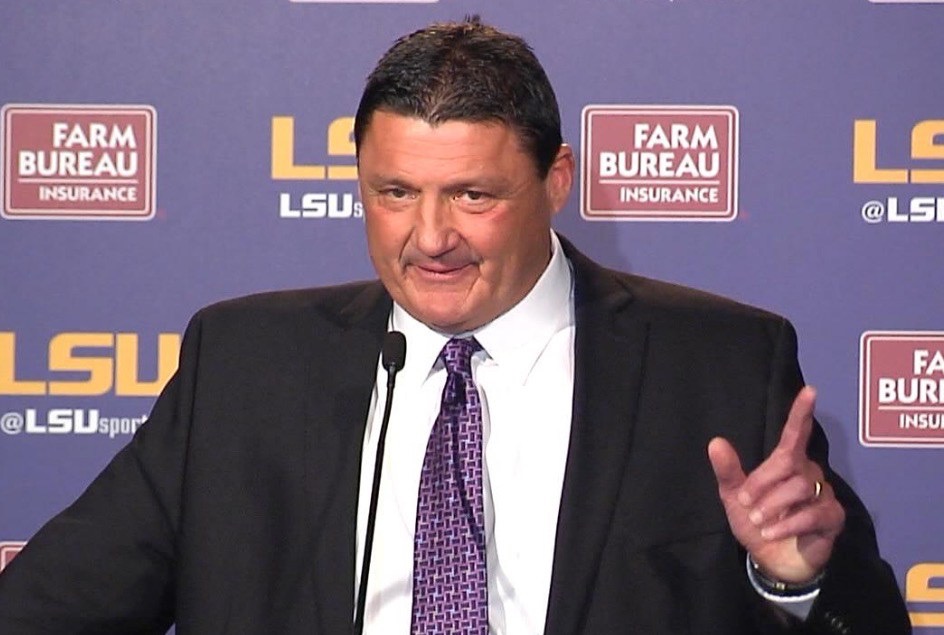 Coach O and the Tigers will try to stop Heisman Trophy winner Lamar Jackson and the Cardinals in the Citrus Bowl.

LSU v. Louisville +3.5, in the Citrus Bowl: This could be the best game of the day. LSU finished strong with a win over Texas A&M and Coach O and his staff hope to ride that momentum to a win today.

It’ll be tough however against Heisman Trophy winner Lamar Jackson and the Cardinals. Jackson is a dual threat who accounted for 51 total touchdowns this season.

Louisville’s defense isn’t bad either. The Cardinals only allowed 6 rushing touchdowns this season so they are more than capable of stopping Derrius Guice and the LSU running game.

That’s why I’m putting my money on the Cardinals in this one. I think they’ll be able to score against the LSU defense and they’ll stop the Tigers running game.

Kentucky v. Georgia Tech -3, in the TaxSlayer Bowl: Kentucky has had a nice season finishing 7-5 but I think they’ll have their hands full with Georgia Tech’s Flexbone option offense.

Kentucky is athletic enough on defense to stop the option but it’s assignment football. The option neutralizes athleticism. I think Tech will run the football, control the clock and win this football game.

Put your money on the favored Yellow Jacket. It’s a sensible pick.