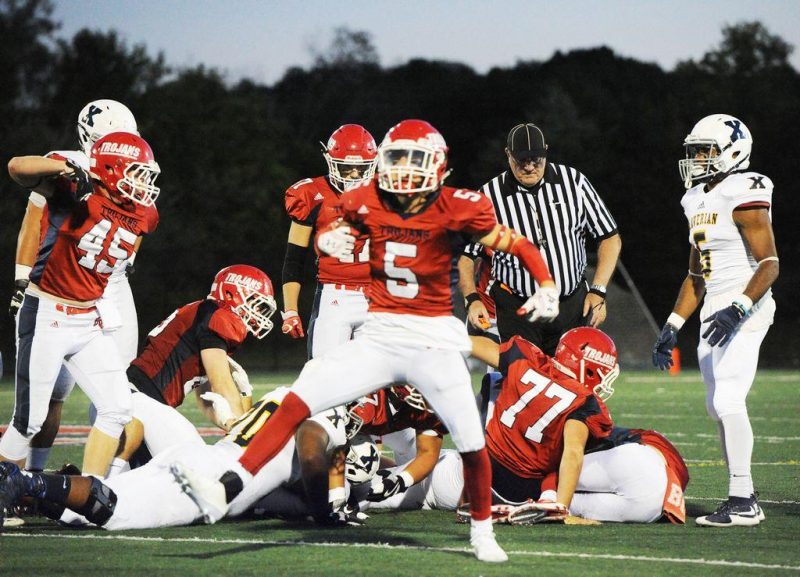 1.No one in the state of Massachusetts thought that BR would beat Xaverian and snap their 25 game winning streak. Kudos to Coach Dan Buron and his kids. They played tough, physical Trojan football and got a huge win.

2. Central Catholic beat St. John’s Prep for the first time since 2011. I can’t say I am surprised. Chuck Adamapoulos has a talented team and the Prep is young despite having some talented skill players. The Raiders have played in plenty of big games in recent years so they know how to win them.

3. Hat tip to Billerica coach Duane Sigsbury who has put the Indians back on the map by utilizing a physical spread offensive attack and an aggressive defense. The Indians handled Andover on Friday night 44-35.  Billerica, Everett in a couple of weeks should be a great game.

4. Just when we started to take Mansfield for granted, they reminded us on Friday night that they are still a good program and a contender in Division 1A by beating a good Braintree team 34-10.

5. Hanover was finally able to avenge two tough losses to East Bridgewater on Friday night by beating the Vikings 33-28. The Indians have had their fair share of disappointment in this rivalry over the course of the past two years but not this year.